The Things That Bind 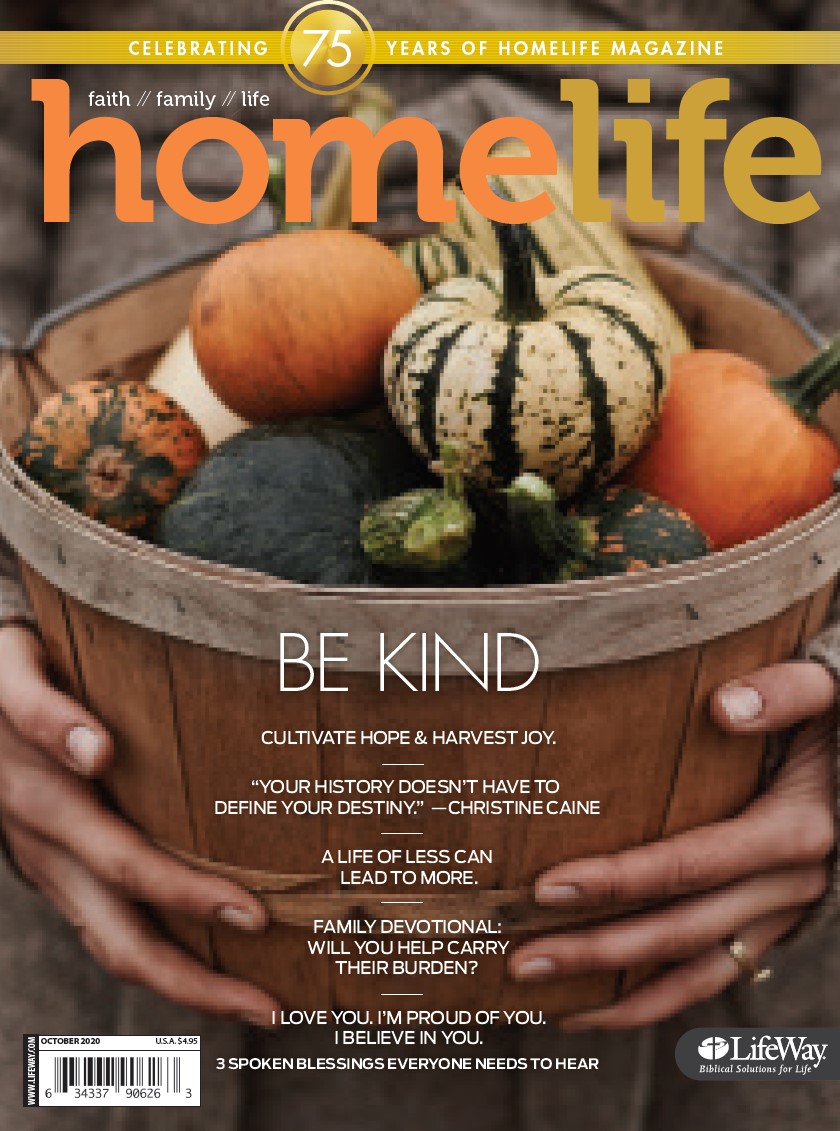 Christine Caine defies the odds and topples the lies that could have buried her.

IN 1966, A BABY WAS BORN. For reasons unknown, the mother abandoned the baby, who was never given a name. Instead, the baby was awarded a number. Number 2508 the birth certificate read, and underneath it, the word: Unnamed.

Born of Greek heritage, the baby was adopted by a family in Sydney, Australia. The baby grew into a girl who suffered abuse in her formative years. It wasn’t until she was 33 that this young woman learned she was adopted and discov­ered her true identity.

This young woman was Christine Caine, and for awhile she believed the lie, “You’re unwanted.” But then God changed everything when He showed her the truth.

Perhaps it’s a result of the way her life began, or maybe there was simply an anointing on her life from the very beginning, but Christine Caine has become a voice for the voiceless. In the past, everyone from her birth mother to her abuser might have attempted to silence her, but Christine wants to make one thing clear: She has a God-given purpose no person (or number) can thwart.

“If we can make what Jesus did for us bigger than what anybody else did to us or said about us, then we can step into our purpose,” Christine contends. “All of us inevitably, at some point, are going to confront suffering and pain and loss and grief and disappointment and betrayal. And the lens through which we frame these experiences really determines whether we move forward or not.”

Lie: There’s something wrong with you.

Christine admits she spent the early years of her life burying layers of shame. “For the first couple decades of my life, I went around with this sort of internal tape recorder in my mind thinking, There’s something wrong with me,” she reveals. “You don’t have to have been abused to believe that lie, because I think most of us in some way, shape, or form believe that.”

By the time Christine found out she had actually been unnamed and unwanted at birth, she had already been speaking and teaching for years. But this startling revelation about her past left her at a crossroads. She could choose to believe what her birth certificate declared, or she could declare the truth of God’s Word over her life.

before we get there,” Christine offers. “We have to keep com­ing back to Jesus. If we don’t go to Him, more often than not, we will go somewhere; and oftentimes those other things can lead us to patterns of destructive behavior.”

Thankfully, the truth from her past only fueled Caine’s passion. Today, alongside her husband, Nick, Christine is the co-founder of A21, a non-profit with offices in 20 cities around the world that works to eradicate human trafficking. “If I wasn’t born in Sydney, Australia, where there was a rule of law and a proper adoption process, there’s only one degree of separation between me and the young women I’m rescu­ing,” admits Christine. “I could have easily been one of them.”

As a passionate advocate for women, Christine is also the founder of Propel Women, a ministry that equips and empow­ers women to walk in their God-given purpose. In addition, Christine has authored five bestselling books, as well as her LifeWay Bible study, 20/20: Seen. Chosen. Sent. She is a popular speaker at churches, conferences, and events around the globe. Her teaching is featured on a weekly television program on Trinity Broadcasting Network (TBN), and she also hosts the Equip + Empower podcast on the new AccessMore platform.

Lie: You can’t make a difference.

From a past marred by disappointment to a future filled with purpose, Christine finds herself in a present where loss and injustice prevail amid political unrest and economic devastation in the wake of a global pandemic. In times like these, she looks to the one source where she’s always been able to find answers — the Bible.

“There is grief and loss everywhere. There’s no denying that. It’s a reality. You can easily fall into despair if you don’t get your heart and soul rooted and grounded in the Word and the hope of Jesus,” she offers. “When you lose hope, you really lose everything.”

But, she says, there is hope.

Christine suggests our only remedy might be circling back to the Word of God every single day, reminding ourselves of what is true. “We have got to arrest our thinking,” she insists. “We’ve got to control what goes into our minds, and we’ve got to fill our minds with the truth of the Word of God, or we’re not going to make it.”

This isn’t some cure-all mantra she preaches simply because she’s known as a respected Bible teacher the world over. It’s a tried and true habit that has proven transformative in her life. When she finally found out she had been abandoned at birth, she was faced with a choice. She could believe the lie, or hold fast to the truth. That single choice would determine her future.

When the world told her she was unnamed, she chose to believe God calls her beloved.

When the world told her abuse was her fault, she chose to believe God sees her as blameless.

When the world told her she was unqualified because of her past, she chose to believe God holds her future.

Now, the mother of two daughters doesn’t buy the lies anymore. She simply looks to the Word of God to guide her.

This article originally appeared in HomeLife magazine (October 2020). For more articles like this