The Point: Fear will be a thing of the past in God’s eternal kingdom.

Use this story after discussing the opening question.

The 2022 World Cup championship game was a roller coaster until the very end—and nobody was happier when it was over than Argentina’s team captain, Lionel Messi. At 35 years old, Messi, one of the greatest soccer players of all time, was playing what was probably his final World Cup game ever—and if he won, it would be his first World Cup victory. And to add drama to drama, after a month of high stakes tournament games to get to this point, the championship game included overtime and a shootout. AP wrote, “Messi had to summon every bit of energy in his aging limbs to get Argentina through the final and hold off Mbappe.” Messi himself told the press, “‘It took so long, but here it is…. e suffered a lot, but we managed to do it.’”

Messi has felt pressure to lead a team for the World Cup for almost 20 years–this was his fifth World Cup tournament, but he’d never won before. Every four years, the world’s stage has watched to see if he’d be able to pull off a win. And he finally did! He won! He went from anxiously playing his most exhausted best to standing on the stage in Qatar, kissing his trophy in victory, all within 30 minutes. What relief he must have felt when the final whistle blew. How much pressure and weight must have come off his shoulders? And what a celebration he must have had that night!

We all feel pressure—and in this life, we all suffer. But as Christians, we have hope of the greatest victory possible to get us through. Suffering, fear, pressure, exhaustion, pain—it will all be a thing of the past when we get to Heaven. Our lives with the Lord will be perfect and full of joy! As we watch people achieve great—but temporary—victories on this earth, let them remind us of the ultimate victory we have in the Lord, and bring joy into our hearts. May we never forget the hope we have in the life to come.

What are you most looking forward to about heaven?

Use the following story after discussing question three.

In October of 2022, six months into the Ukrainian war, David Letterman secretly traveled to Kiev to interview Ukranian President and war hero Volodymyr Zelenskyy for a Netflix special that was released in early December. In an interview with the Washington Post, Letterman spoke about what it was like to be in an active war zone:

“[t]he first [air raid] we heard was the morning we arrived in Kyiv on the train. At some point in the preparation, someone had said to our group, don’t ignore the sirens. So, okay, all right, I’m not going to ignore the sirens. We get off the train, there’s a siren. And you think, oh, well, how do I go about not ignoring this? We get to the hotel and the siren is still sirening, and then, you know, later it goes away. So when it happened with the president, I just felt … there’s no other person you would rather be with in that circumstance than Volodymyr Zelensky. And I said, ‘What do we do?’ And he says, ‘Eh, nothing.’ And I just thought…. this is [famous action star] Steve McQueen.”

Letterman’s experience in Kiev was definitely unique—but the feeling of knowing you’re with the best possible person in a scary situation is one that should feel familiar to us. As Christians, the Lord is near to each of us, always—especially in times of trial or emergency. Psalm 34:18-19 says, “​​The Lord is near the brokenhearted; he saves those crushed in spirit. One who is righteous has many adversities, but the Lord rescues him from them all.” The next time you are faced with something fearful, take heart and remember—there’s no other person you would rather be with in that circumstance than our Heavenly Father.

When have you felt the Lord’s nearness in a time of trial?

Joy Comes in the Morning 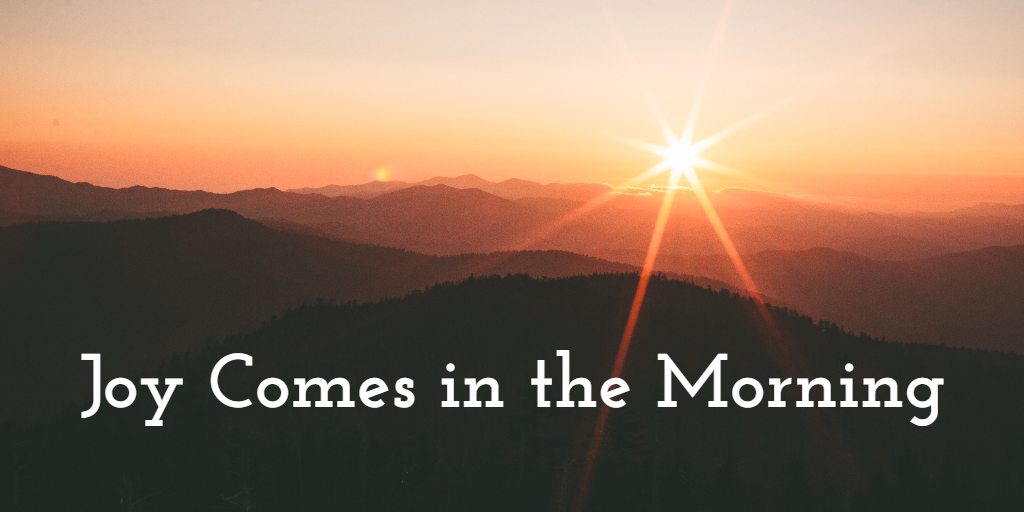