God’s Will and  My Circumstances

The Point: God’s works on your behalf—even in seemingly random circumstances.

Brenton Winn was high on drugs when he broke into Central Baptist Church in Conway, Arkansas, on February 28, 2019, and destroyed over $100,000 worth of church property, including laptops, cameras, and other electronic items. The police soon arrested Winn. But instead of landing in jail, six months later Winn was in the baptismal pool at Central Baptist Church declaring to the congregation his commitment to Christ.

After Winn was arrested, senior pastor Don Chandler talked to the prosecutor, believing that the godly response would be to offer Winn forgiveness rather than judgement. “You can’t preach something for 50 years without practicing it, especially in front of your whole church,” Chandler said. “Had we not shown some grace to him, everything we’ve talked about and encouraged, would have gone by the wayside. It was simply the right thing to do. This was not a hardened criminal. This was a young man who had made some mistakes. He was on drugs and alcohol when he did what he did. But he was redeemable.”

The judge gave Winn the option of going to jail or going to Renewal Ranch, a faith-based residential recovery ministry, that is a ministry partner with Central Baptist Church. Winn chose the Renewal Ranch, and is now successfully working through the program. When he completes the program, he will likely spend several years on probation. “As I’m starting to understand how God works, I’ve realized I didn’t pick the church that night. God picked me,” Winn said. “If it had been any other church, I think I’d be sitting in prison right now.”

Say: Brenton Winn went to Central Baptist Church planning to steal and destroy. He ended up being baptized. Then call attention to Question #1 (When has an unexpected change of plans worked in your favor?) and invite volunteers to respond.

The International Mission Board recently shared this story. In the Ukranian city of Kharkov, a group of Christians meets outside in a park at daylight, kneeling to pray. They have been meeting there to pray every day for five years. But why do these people get up early and kneel in the snow to pray, when they could pray inside their warm homes?

In 2014, separatist forces arrived in the city with tanks and guns, turning the city into a war zone. Their arrival brought chaos and threatened the 23 years of religious freedom that the people had enjoyed. So pastors and evangelical leaders issued a call for prayer at 7:00 a.m. every morning in the city square, to battle what they felt was a spiritual battle taking place in their city. Soon 250 believers were gathering to pray, many of them remembering the spiritual darkness that covered their land under Communism when evangelical churches were outlawed.

“This is the generation of the children whose fathers were killed for their faith, whose fathers spent most of their time in prison for their faith. We knew the real face of Communism, and it was trying to come back. We were standing on our knees, and we said, ‘Lord, we don’t know what to do. Our eyes are on you, Lord.’ The only hope was on the Lord,” said Pastor V, a Baptist pastor who led in organizing the prayer meeting.

“We have to stand on our knees and overcome our fears,” said Ivan, an eighty-year-old man who arises at 5:30 every morning to travel to the square and pray. “You must understand that when you kneel in prayer, big things happen. God gave us power to overcome fear.”

People in the Ukrainian church believe that those events in 2014 were a wake-up call, reminding them that they cannot become complacent. So even when the threat of violence eased, the Christians continued to gather every morning and pray. They are still praying today.

Say: God brought a prayer revival out of a war zone in the city of Kharkov. Then call attention to Question #4 (When have you seen God bring something positive from a negative circumstance?) and invite volunteers to respond.

As you discuss Romans 8:26-27, display a stethoscope or a picture of one. Click here for an image.

Ask, “How does a doctor know what’s going on in a person’s heart?” (This option is from the Senior Adult Leader Guide.)

How to Connect Your Circumstances to God’s Plan 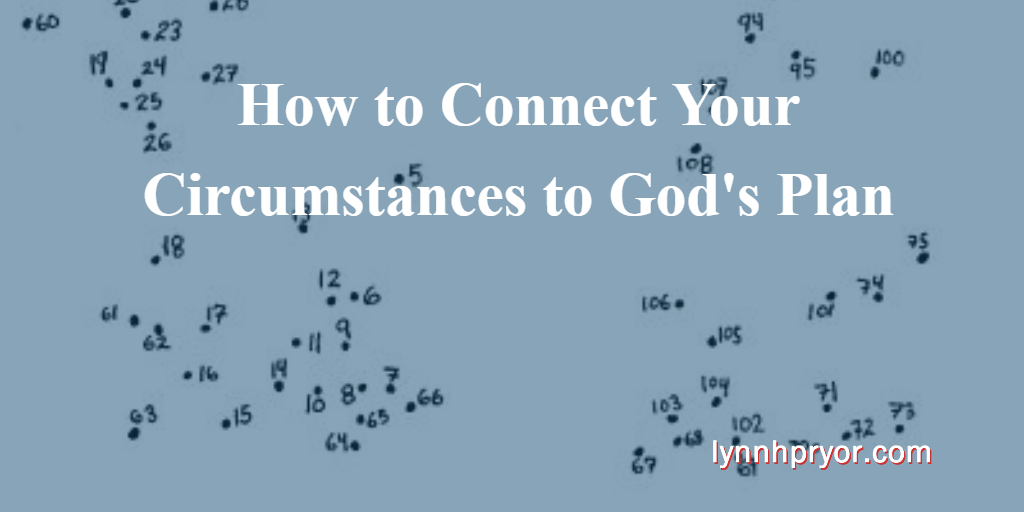 Here’s a brief video giving you an overview of this session: How to Know God’s Will, Session 5.