The Pitfall of Guilt and Grudges

The Point: We can only move forward when we embrace God’s forgiveness.

In late December, Jeremy Pascal was skiing with friends in Olympic Valley, California, when he got stuck in the snow. Pascal was attempting a ski trick when he landed head first, buried in deep snow. He was stuck and unable to breathe. Pascal tried blowing a hole in the snow, to help himself breathe. “But that didn’t work,” he said. “So then I thought after like 20 seconds, I thought, all right, just chill out. Don’t use energy, so don’t breathe as much.” Thankfully, Pascal’s two friends who were nearby scrambled to action and quickly dug him out of the snow. Snow immersion suffocation can be a real danger, especially in deep snow conditions.

Say: Jeremy Pascal was literally stuck, head first, in deep snow. Then call attention to Question #1 (When was the last time you were stuck literally or figuratively?) and invite volunteers to respond.

Use the following information to introduce Question #3.

Kara* and her husband live in South Africa, but they are refugees from Burundi. They work alongside IMB missionaries David and Julie Yngsdal, serving among the refugees living in Durban, South Africa. Kara’s extended family has disowned her—they have declared her dead—because she has left Islam and is following Jesus now. Since she became a Christian two years ago, Kara’s extended family has threatened her life, to the point that she has felt unsafe.

“She was living in fear until her baptism last November, when she decided that she didn’t care what her former community said about her,” Julie said. “Since that time, Kara has become increasingly brave, and has been such a blessed testimony, even to those who had previously persecuted her.”

Julie asked other believers to pray for the safety of Kara and her family. Julie describes how they are both fearful and thankful about the threats Kara is experiencing. “Why and how can we be thankful? Because we have a sure promise that God will work all things out for His good for them who love Him and are called according to His purpose,” Julie said.

God answered Julie’s prayers in late December when Kara and her family got news they are being relocated to Canada as part of the United Nations refugee resettlement program. While she is sad to see Kara and her husband leave, she is thankful they will be in a safer place. They will be “missionaries and lights in other places,” Julie said.

Say: Kara and her family experienced the threats from their former community, when they became Christians. Yet God is bringing good out of the situation by providing protection and a new community where they can serve Him. Then call attention to Question #3 (When have you seen God bring good out of a bad situation?) and invite volunteers to respond.

In advance, play a song like “Forgiveness” by Matthew West that illustrates “The Point.” Invite group members to use the time for reflection before concluding this unit about Joseph, who modeled forgiveness so well for us.

How to Remember God is at Work 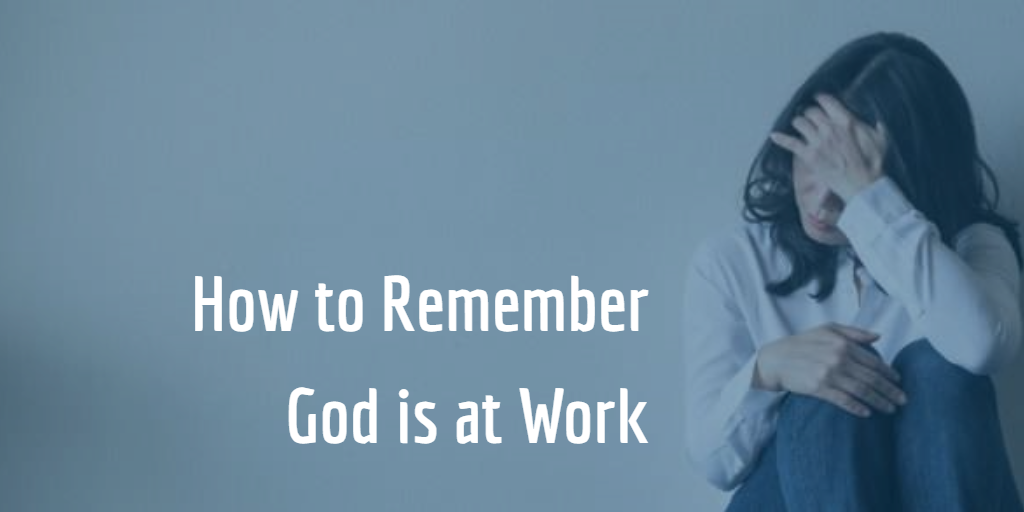