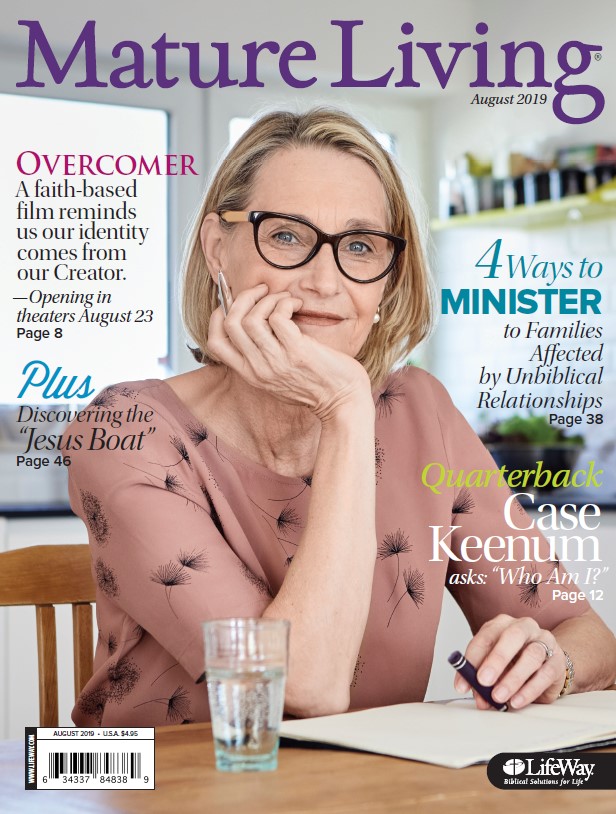 PRAYER IS a personal and intimate time between a person and God. Entering into fellowship with God the Creator through His Son, Jesus Christ, is a high privilege. However, prayer can also be a shared experience. When believers agree together and seek the Lord corporately, this spirit of unity glorifies the Father and offers a special bond of Christian fellowship.

Throughout the pages of the New Testament, we read about the value of praying together. In Matthew 18:19, Jesus urged believers to pray together. According to Acts 16:25, Paul and Silas prayed together in a prison cell. And in Colossians 1:1-9, we find that Paul and Timothy prayed for the church at Colossae.

The church as a whole is a powerful force when prayer is a priority. “They devoted themselves to the apostles’ teaching, to the fellowship, to the breaking of bread, and to prayer. Everyone was filled with awe, and many wonders and signs were being performed” (Acts 2:42-43).

Peter was the focus of the church at prayer as recorded in Acts 12. This courageous disciple was thrown in jail by King Herod and closely guarded by 16 men. But we find tucked into these verses that “the church was praying fervently to God for him” (v. 5).

Peter experienced a mirac­ulous release that night. A light shown into the prison, an angel woke him up, and his chains fell to the ground. Peter was dumbfounded, but he obeyed the instructions that were given. He walked right past the guards, through the iron gate, and out onto the streets before it dawned on him what was really happening.

Don’t miss what the writer of Acts said in verse 12: “He went to the house of Mary … where many had assembled and were praying.” Even in his confusion, Peter knew the family of God — the church — was praying for him!

When Peter arrived, Rhoda, the servant girl, got so excited that she forgot to open the door! What was she thinking? Why didn’t she simply open the door and let Peter in? Obviously, Rhoda knew what had been going on inside that house. She heard their prayers; she was an eyewitness to the faith those early believers had in the power of God. Is it any wonder that when she heard Peter’s voice outside the door, she was overwhelmed? I love the phrase, “because of her joy” (v. 14). Rhoda was celebrating because she witnessed an answer to prayer literally right outside her door!

Rhoda went to share the good news, but she encountered doubters. The very ones who had been praying for Peter’s release were hesitant to believe what the servant girl told them. Peter was standing outside, an in-the-flesh answer to prayer, and the others couldn’t (or wouldn’t) believe her.

Persistent, Peter kept knocking, and someone finally let him in so he could testify of the Lord’s goodness. Can you imagine the celebration that took place that night at Mary’s house when they acknowledged God’s answer to their prayers? Indeed, celebrating together with other believers is an amazing experience!

Praying is such a blessing, but that blessing is multiplied when we share it with other believers. Focusing on the power of God as we agree and intercede for others brings unity. “For where two or three are gathered together in my name, I am there among them” (Matt. 18:20).

Jesus told His followers, “My house will be called a house of prayer” (Matt. 21:13). What better support system could we have than a group of committed believers coming together in unity to lift up the needs of individuals, the church, the community, and the nation? Think about the impact! Oh, that we could all be part of the church that is praying fervently!

Praying is such a blessing, but that blessing is multi­plied when we share it with other believers.

Father, thank You for the privilege, power, and peace that comes when we pray in unison with fellow believers. May You guide our prayers and give us Your favor as we seek You together. Amen.

BRENDA HARRIS enjoys her role as prayer coordinator for Kendrick Brothers Productions. She has the unique privilege of rallying prayer teams and prayer warriors from around the world and joining them in united prayer to the Father!

This article originally appeared in Mature Living magazine (August 2019). For more articles like this, subscribe to Mature Living.