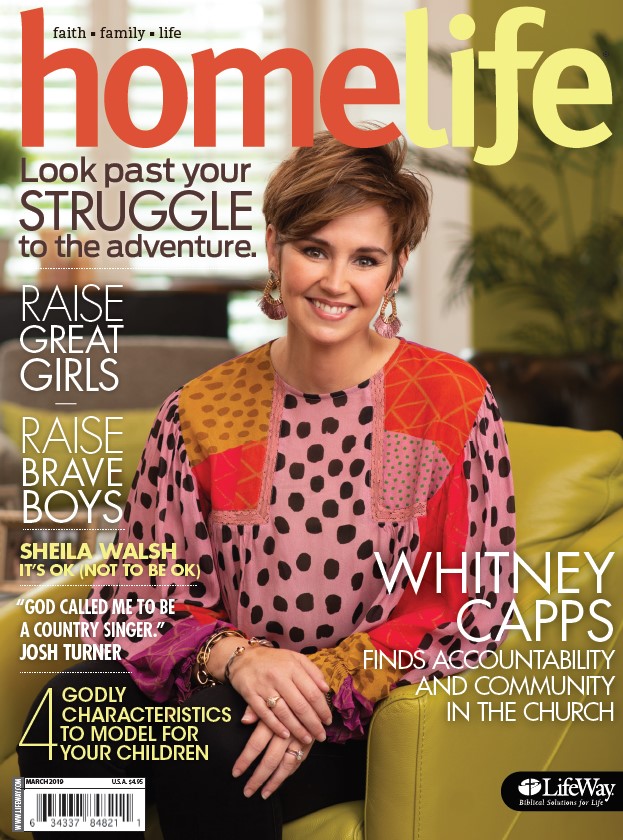 Let God tell His story through your scars.

I WAS SPEAKING AT a women’s conference in a packed little church in rural Texas one evening, when I became aware of a solitary man in the crowd. He was sitting at the end of a row, near the back. I wondered if per­haps he was the pastor, listening in to what was being shared with the women in his congregation. I noticed that he kept his head down, turned slightly toward the aisle.

When the evening was over and most of the women had left, he came over to my book table and introduced himself and his beautiful daugh­ter. As he turned his head to fully face me I saw the scars cruelly etched into the left side of his face and skull. He thanked me for my message and for my transparency that night. I had shared my own internal scars from a battle with clinical depression and mental illness. I didn’t have to ask him for his story as he gladly shared it with me. He told me that when he was 15 years old he put a gun under his chin and pulled the trigger. In the millisecond between the bullet leaving the chamber and entering his skull he heard a voice ask, Do you want to live?

Recognizing this as the voice of God, he said, “Yes!”

When I think of scars, I think of the scars of Christ. I think of the cruel wounds in His hands and feet and the place where the spear pierced His side. Let me ask you a question: Why did Jesus choose to rise on that glorious resurrection morning still bearing His scars? He could have chosen to leave the marks of crucifixion in the tomb, but He didn’t. Instead, they became the very proof to His friends that He was alive, He was the Christ, risen from the dead.

“Jesus came, stood among them, and said to them, ‘Peace be with you.’ Having said this, he showed them his hands and his side. So the disciples rejoiced when they saw the Lord” (John 20:19-20).

The life, death, and resurrection of Christ changed every­thing. We follow a Savior, marked by His scars. He became the perfect, once-and-for-all sacrifice. Under Old Testament law, the children of Israel had to offer up a spotless animal.

The animal sacrificed had to be spotless, pointing forward to Christ, the spotless Lamb of God, just as God began our redemption story by covering Adam and Eve with the skins of animals. There is no image that displays the love of God more perfectly than the scars of Christ.

Charles Spurgeon spoke of the efficacy of those wounds in heaven: “When he rises up to pray for his people, he needs not speak a word; he lifts his hands before his Father’s face; he makes bare his side, and points to his feet. These are the ora­tors with which he pleads with God—these wounds.”

I used to hide my scars, convinced that my battle with mental illness would disqualify me from ministry. I don’t believe that any more. Our scars are proof that God heals. They’re no longer open wounds; they’re places of grace. If Christ has chosen to live eternally with His scars, why should we be ashamed to show ours? I don’t know whether your scars are internal or external, but I do know this: God will do beautiful things in and through a broken life when we give Him all the pieces.

Would you allow God to tell His story through your scars?

Sheila Walsh is a powerful communicator, Bible teacher, and bestselling author. She is the author of Gigi, God’s Little Princess, In the Middle of the Mess and It’s Okay Not to Be Okay. Sheila lives in Dallas, Texas, with her husband, Barry, and their son, Christian.