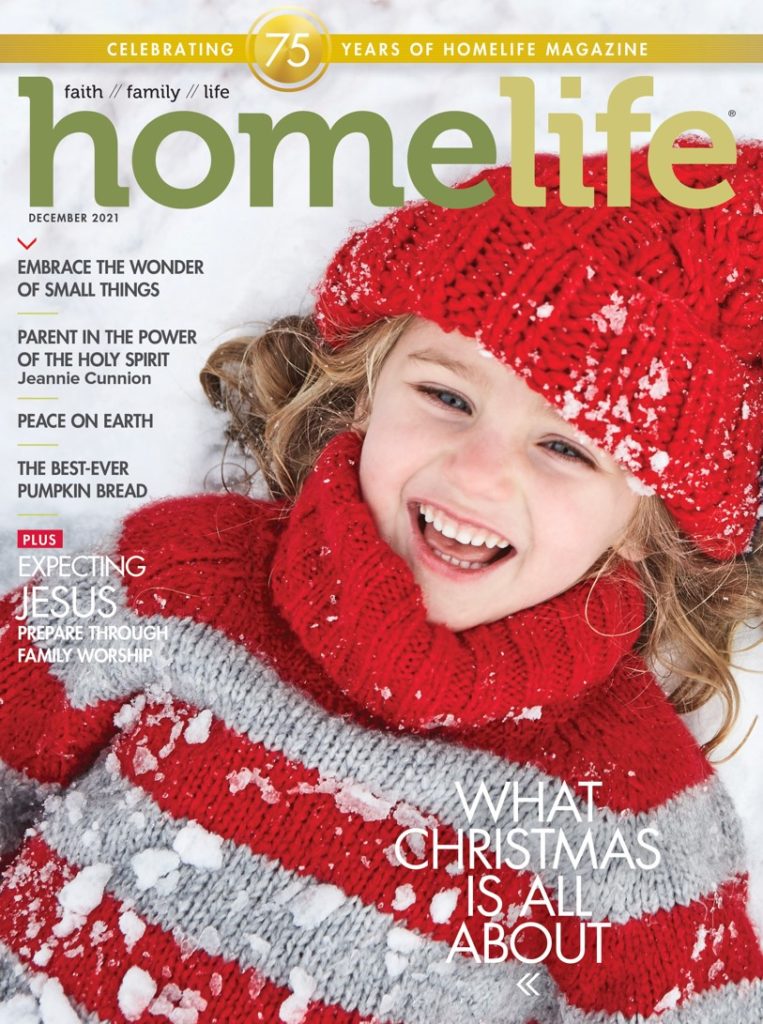 This Child, These Children

As we reflect on the Child in a manger, others wait for their forever home.

The holidays often mean gathering with extended family members, as well as friends we don’t often see. Naturally, the subject of family changes will likely be discussed. Marriage status, plans to have children, and all sorts of personal matters can surface for open discussion. As adoptive parents, we may find ourselves facing folks who want to know more about our story.

Even the most well–intentioned people often don’t know how to ask about adoption or to discuss the subject of adoption without “saying the wrong thing.” They may struggle to choose just the right words. With just a little bit of forethought and preparation, we can hope for easier conversations around the holiday season.

Christmas celebrates the gift of a child, sent by God in a miraculous way, who would change every­thing. This child would alter how we spend eternity and the way we know God. This child made all the difference. Children so often change everything when they come into our lives, the way we live, the way we view life. I can testify to this very fact. These children God sent us have made all the difference in mine and my husband’s lives.

The Wrong Things to Say

I’m the mother of seven adopted children. My chil­dren and I are (in most ways) the same. We don’t, however, share the same skin color, and that in itself can cause many people to be curious. It’s under­standable that people are intrigued and want to know more about our family. I think folks are often likely to conclude that there must be a great story involved. They’re certainly right about that.

As a younger me and a newer adoptive momma, I will admit to having been offended at times by people who didn’t know how to “speak adoption.” As time passed, I decided to try to gently educate those who seemed to have the right intentions but lacked the right words.

When my children were younger, it seemed every single time that we were in public, someone would ask something uncomfortable. Realizing my children were listening to how I responded, I took advantage of the opportunity to teach my children by answering properly and I tried hard.

At one time, in the not-so-distant past, adoption was often hidden and treated as a family secret. Consequently, older generations may view our miracle as a consolation prize. Some remarks might unintentionally sting.

Parents who have gone through the adoption experience (both birth and adoptive) can feel as if they have been emotionally raked over fiery coals. Children in an adoptive family can be confused by questions from others that frankly make no sense to them. So, please proceed with caution and consider your words carefully. Careless comments or prying questions might have a negative impact on tender hearts.

Here are a few examples of some comments and questions we were sometimes asked.

Are they brothers and sisters?

This question usually followed immediately after someone had discovered that yes, these are my children; no, they’re not foster children; yes, I have adopted them. They are mine. These children all belong to me.

What the asker meant was, were they biologically or birth related? That isn’t a terrible thing to wonder about, but it is a rather personal thing to ask about, especially of a stranger in a public place. The worst part of this particular question is that it was almost always asked in the presence of my children. When they were much younger, I can remember the looks of confusion on their faces as we were standing at a cash register while the cashier asked and everyone in the near vicinity bent their ear to hear how I would reply.

Think for a moment how such a question would sound to an adopted child, a child who has been told (correctly) that they are a part of a lovingly designed family. Whether the child has been a part of the family from infancy, or they joined the family at a later age, this question challenges their bond with siblings by indicating that there is a difference in the relationship if they share the same biological parents. There is no difference. Blood doesn’t trump love. Blood also doesn’t guarantee love.

I usually answer, “Yes, of course they’re brothers and sisters. They’re all my children.” Then there are other times when a different answer is called for. For instance, it may be a person who actually knows our family, who is genu­inely interested in us and cares for us asking the very same question. My answer for them is different. “What you mean is, are they related by birth or biologically?” By the way, in case you’re now wondering yourself, yes, some are.

Do you have any children of your own?

What the asker means is, did I birth any children? My answer varies according to whether asked privately and by how well I know the person. I usually reinforce the concept that these seven are indeed my own. That’s the most important part of the answer. Let me tell you, we didn’t accidentally adopt a single one of them. And as a matter of fact, our hearts claimed them as our own long before we could do so legally. Some of our adoptions took years to complete. Yes! They are our own.

The better way to ask would be, “Do you have other chil­dren besides those you’ve adopted?” The answer to that ques­tion is yes. We fostered many children, and they hold a special place in our hearts. We also lost two children by miscarriage that we’re looking forward to being reunited with in eternity.

Why didn’t their momma want them?

This question still raises my temperature a bit. I can’t answer for every situation, but I can answer for ours. That has simply not been the case in any of our experiences.

They’re so lucky (or blessed) to have you.

The reply to that comment is easy. We’re so blessed to have each other. And so we are. What we need to avoid is the impli­cation that we have rescued them. We have indeed claimed them as our own and labored in a different manner to make them ours. But we didn’t just feel sorry for them and take them out of pity. It is love that has forged our family together.

A young adoptive couple shared an encounter with me that they had with an elderly couple. The older man asked why they had adopted a black baby. His wife answered him before they could, “He was their last chance.” The young parents were astounded and quickly corrected that errant viewpoint. “He wasn’t our last chance and we were not his. He is God’s plan for us, and we’re God’s plan for him.”

When considering how to speak adoption, it may be best to understand a bit about adoption culture. In many ways, it’s a world unto itself. There are international adoptions, domestic adoptions, familial adoptions, foster adoptions, open adop­tions, closed adoptions, and private adoptions. Adoption is diverse and most times involves a complicated array of fac­tors and emotions. Be aware of red flags before asking what you really want to know.

Are you in public? Are the children within earshot? Are you crossing the lines of personal and private?

So, what can you say? How can you respond or express interest? What is a good way to give an encouraging word? There are plenty of ways. Most adoptive parents are extremely proud of their children and are adoption propo­nents. Most of them will gladly share parts of their journey, even with a stranger. Most of them will respond with grace even when you stumble into the conversation. Most of them want to encourage a healthy interest in the beauty of adop­tion. It is, after all, a lovely way to build a family.

The Right Things to Say

Here are some great things to say when meeting a family that has experienced adoption.

You have a lovely family.

This then opens the door for the parent to mention adoption if they so choose. I have often replied to such a comment when the time is right, “Thank you. We’re so thankful for the miracle of adoption.” That answer gives the commenting person their window to ask more. Other times I can only say thank you and move on due to the place or time.

What a beautiful baby!

You may really want to know if this is a foster child, an adoptive child, or a neighbor’s child. But honestly, you don’t need to know the details of why this baby is in their arms. It’s enough to know that this baby is in loving arms. Once again, the parent may offer more or an opportunity to ask more.

To this, a parent might clarify their situ­ation or strike up conversation or simply say, “That’s wonderful!” They also might pause and fill your ears with a glimpse of their own journey. I assure you, when it’s the right time, their eyes will twinkle with delight to do so as they speak adoption.

Stephanie Rodda is a Birmingham-based freelance writer, wife, and adoptive mother of seven. She is a blogger, inspirational speaker, and devotional writer. Her favorite subjects are faith and family. Encouraging other Christian women is her mission.