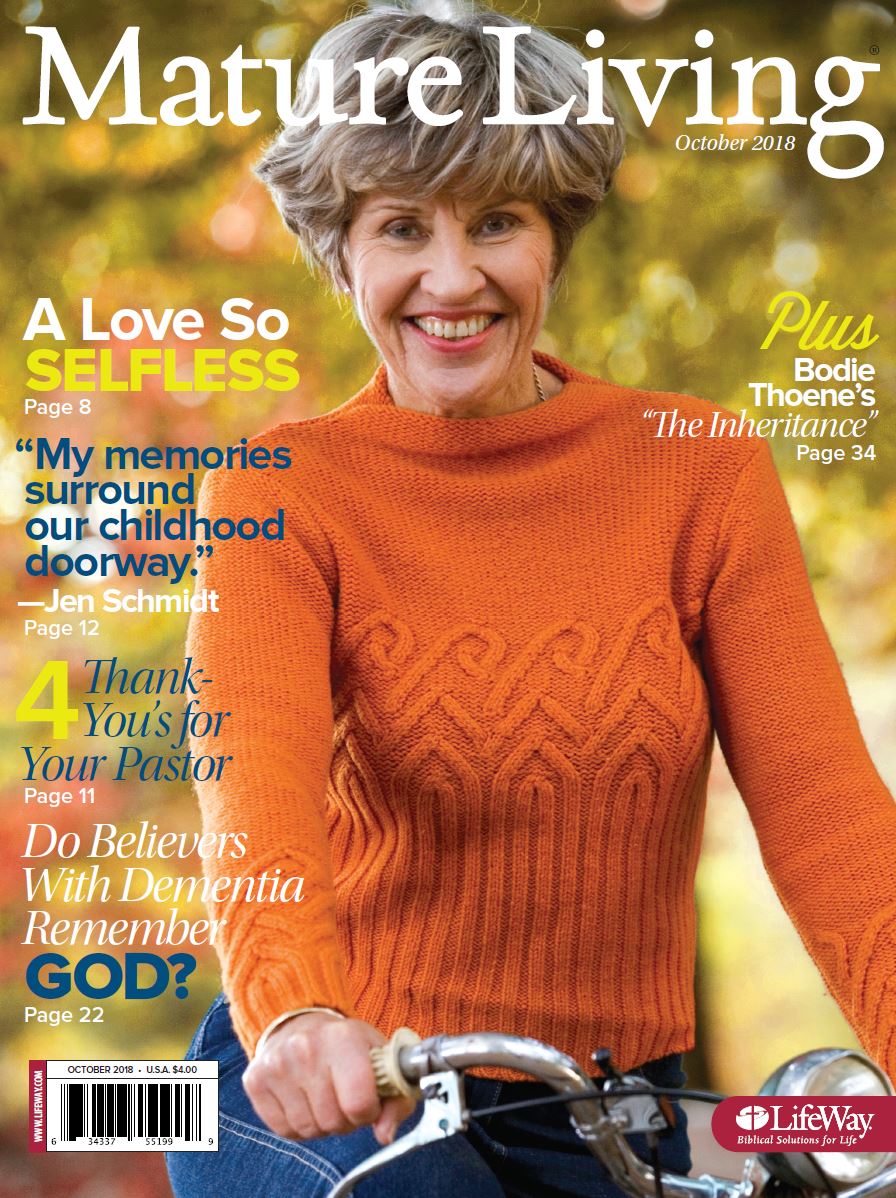 A Good Lesson in Real Love

This true story of Christlike devotion makes you want to love differently.

MY FATHER-IN-LAW suffered from Alzheimer’s for many years. We watched my mother-in-law care for him with strength and courage. As a daughter-in-law living eight hours away, I was not involved in his day-to-day care the way his children and wife were, but I was watching and learned so much about love, strength, and grace. It was not pretty at all, but it was beautiful.

Alzheimer’s is a cruel disease. It’s cruel to those in its grip of thievery and cruel to those who love the afflicted. It can steal memories and create horror in their place … beyond its own life and into the lives of the survivors. My husband has been struggling with intense grief and, honestly, anger for two years now after the loss of his dad. I’m sure he is not alone; it has occurred to me if he is this angry, how mad must his mother be?

My mother-in-law would not define herself as strong. But I would have to disagree. She is one of the strongest women I know. The kind of strength that is so powerful you don’t even see it at its strongest point. You don’t see it because it is so totally selfless that it is like an afterthought, but make no mistake, it is the most powerful and mighty of all strengths. I am quite sure it’s given to those who have spent a lifetime of honor and obedience in worship daily with their lives. Yeah, that’s my mother-in-law.

This story is about an unconditional love, not the kind in movies and songs or poetry. This is the real stuff … the stuff that lasts lifetimes and creates legacies of strong marriages in its wake. My husband would describe it in a different, more simple, and colorful way. He takes after his father.

Jim and Jan Whatley met in college. He pursued her intently, but at first she was not impressed. That changed when she discovered she would not be able to get rid of him with a simple dismissal or even with many! He was relentless in his pursuit, and she says he wouldn’t leave her alone. I can relate because my husband is the same — passion­ately pursuing everything he is interested in and avoiding what he is not interested in. She slowly gave in, and they began to date. She fell hard for him, and he had already fallen deeply for her. They were lost in love and soon married.

They were educators and raised four unbeliev­able children in what was a paradise in the 1970s — Pensacola, Florida. Their children married, and the family expanded to 13 grandchildren and 9 great-grandchildren, with 1 great-grandson on the way. A legacy indeed! Jim lived a long life of untold blessings; he passed at the age of 82 in 2016. When he was a baby, his own father died; so considering he never had a father in his life, he was quite the father — a less than perfect man but a perfect daddy, granddaddy, and great-granddaddy.

About 10 years ago, we noticed my father-in-law repeating stories over and over again. As the years went on, the symptoms became more obvious and, many would say, typical; but they are not typical when it is someone you love. Matter of fact, it is heart-breaking and gut-wrenching — to say cruel is being kind — and you lose a little bit of that person each day, day by day by day. As if that is not enough, the day by day turns into year by year.

Every believer knows and clings to the fact that God is working all for good, all the time, ALL the time. I’m not sure every believer gets to see the good in this life. Just because we don’t see it doesn’t mean it is not good, Amen? Jimmy and I are sure there is more good to come. Here is some good we have seen because of my mother-in-law’s Christlike devotion:

What kind of love is that? It has taught us to seek the same; we are seeing good in our marriage out of the pain and sorrow. My husband knows it was necessary. He is still seeking the why, and I pray he finds it, but he knows it is for good. Although I didn’t see it at the time, I now see the gift I’ve been given. I got to watch someone love unconditionally — for better and for worse, in sickness and health — and do it well and with honor. It’s been a precious gift most people only see once in a lifetime, and I’m thankful I was watching and thankful for a mother-in-law who loved so deeply she modeled it for us all.

FAITH WHATLEY is the director of Adult Ministry for the Resources Division at Lifeway. She and her husband, Jim, have two children: Hugh, who is married to Milan, and Grace, who is married to Matt. The Whatleys are active members at Gladeville Baptist Church.

This article originally appeared in Mature Living magazine (October 2018). For more articles like this, subscribe to Mature Living.