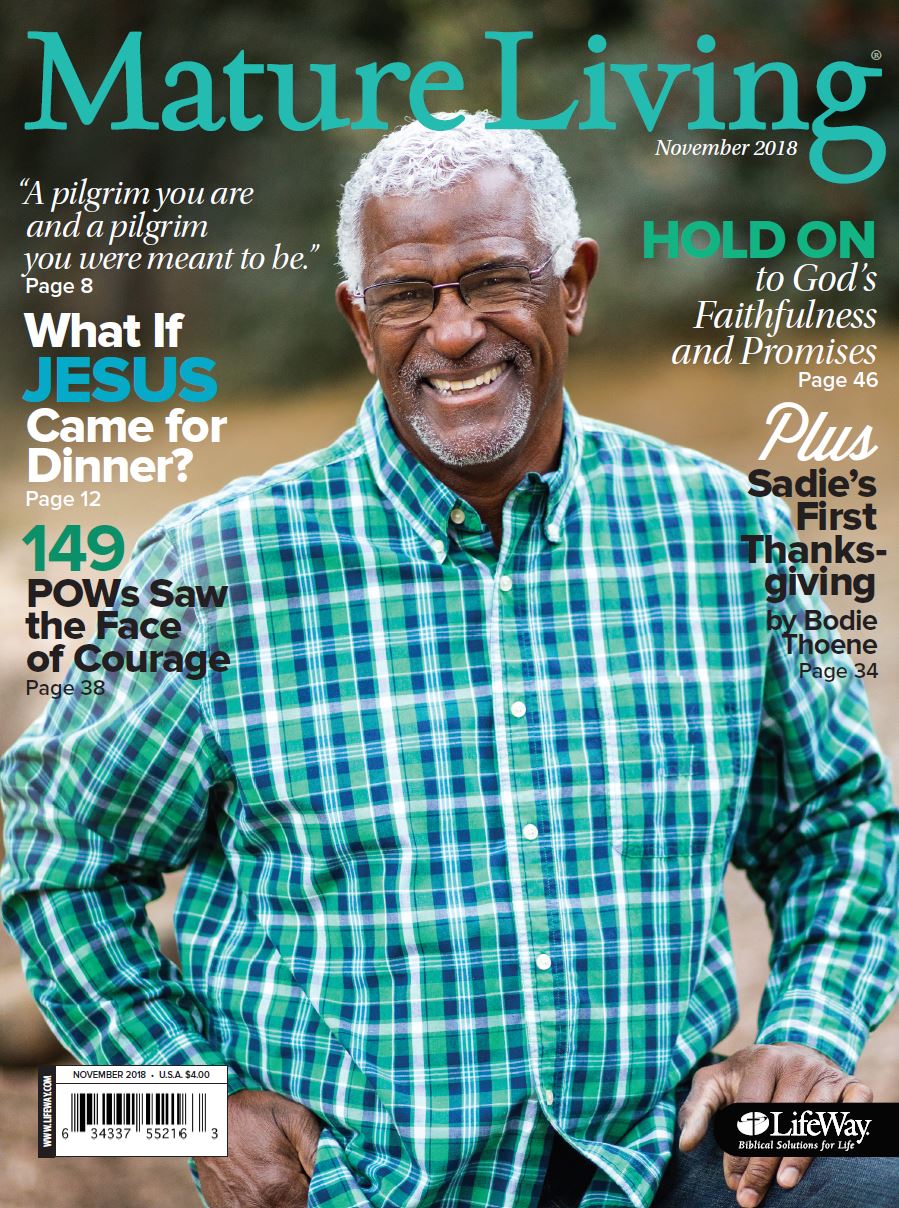 It’s time to gather for a short story about a whiny girl who learned to say grace.

LORRIE WAS ALWAYS in trouble with her parents. They were tired of all her complaining. “Lorrie,” her mother would scold, “you are never happy with anything. You are such a whiner. You’re always complaining about school or supper or your clothes or your brothers.”

And Lorrie’s father, who was generally quiet, would occasionally get fed up and exclaim, “Listen here, young lady, I’ve had just about all the complaining I’m going to put up with!”

But it never did any good because Lorrie was basically a sad girl. Nothing was ever like she wanted it to be. Her friends never paid her enough attention. She never got to eat all her favorite desserts. And she could never have all the clothes or toys she wanted. So she spent most of her time moping around, making everyone miserable.

One mid-November night, her father delivered one of his “I’ve had about enough” speeches at supper just after she complained she wanted a chocolate sundae for dessert instead of angel food cake. But this time, her father’s speech had a different ending. “Lorrie, I’ve decided you may realize how much you have to be thankful for if you offer the Thanksgiving prayer when our family and friends come this year. I’m going to call on you, and you had better be ready!”

Lorrie was infuriated. She left her angel food cake uneaten and stomped to her room, where she marched angrily back and forth muttering to herself, “He can’t do that to me! That’s not fair! I just won’t do it!” You see, Thanksgiving dinner at Lorrie’s house involved four grandparents, two sets of aunts and uncles, six cousins, a visiting friend or two, plus her own immediate family.

Suddenly, Lorrie stopped dead in her tracks. “I’ll pray,” she grumbled to herself, “and he’ll be sorry he ever asked.” She had a very simple plan. She decided that instead of a prayer thanking God for family, good health, great food, and all the things that were always included in the Thanksgiving prayer, she would just pray as fast as she could the short prayer she was taught as a preschooler, “Come, Lord Jesus, be our guest. Let this food to us be blessed. Amen.” She figured that would really show her father! He would be sorry then!

During that next week, her father reminded her of her assignment to pray, and she always shot back, “I know! I know! I’ll pray.” Then scowling, she’d race over it again in her mind, “Come, Lord Jesus, be our guest. Let this food to us be blessed. Amen.”

On Thanksgiving morning, all the relatives and friends began to gather, and the house filled with delicious smells of fresh bread, turkey, and stuffing. But Lorrie played half-heartedly with her cousins. Even though she knew what she was going to do, she was still a pretty unhappy little girl.

Finally, her mother called, “Well, I guess everything is ready. You can all come.” The ladies hung their aprons around the refrigerator handle, and the men turned off the football game and came out of the family room, stretching and laughing. The children raced down the hallway into the dining room. Lorrie found her usual place at the table. When everyone was seated, Lorrie’s father looked at her sternly and said, “I’ve asked Lorrie to offer our Thanksgiving prayer this year. Let us all bow our heads.”

Lorrie swallowed hard. As she looked around, everyone was waiting with eyes closed. Then with a defiant determination, she stuck out her chin and began just as she had planned, “Come, Lord Jesus, be our guest. Let this … .” And she stopped.

She looked up, a little confused, but no one around the table moved. Then with a gasp, she saw someone walk through the kitchen door into the dining room. Her mouth dropped open, and her eyes grew as wide as the dinner plates. There stood a man whose face shown as bright as the sun. His eyes flashed like lightning. His hair was as white as wool. His hands and feet glowed. He was wearing a long, white robe — brilliant white with a shimmering gold sash across the chest. She looked wildly at the others around the table, but it was as if they were frozen in their places. Then she looked at the man again.

“Thanks for inviting Me.” His voice — even though it was gentle — reminded her of Niagara Falls.

“Who a-a-a-are You?” she stammered. Her eyes were beginning to hurt from the bright light of His face, and yet she didn’t dare look away. Then it dawned on her. “Are You the Lord Jesus?”

“You invited Me, didn’t you?” He replied. “I always come when I’m invited. I love you and enjoy Thanksgiving celebrations. Now go ahead. I’ll just stand here by the window.” The thunder of His voice rattled the walls, but soon everything was still.

Lorrie wasn’t afraid any more, although she was still amazed. “Lord Jesus,” she said, “I can hardly believe You would join our family for dinner. You are so powerful and wonderful. You are so important. I never really realized You cared about me and You would talk to me. I didn’t even think You knew where I lived. You are welcome at our Thanksgiving feast. I’m very thankful You’ve come.”

She was silent a moment, and then to her surprise, she heard her father clear his throat and say, “Amen.” She’d completely forgotten about the others listening to her. Everyone around the table looked at her strangely, and finally Grandma Williams said, “Why, Lorrie, that was a beautiful prayer. That was the nicest Thanksgiving prayer I think I’ve ever heard.”

“But didn’t you see … ?” Lorrie hesitated, realizing only she had seen the guest. She said, “Well, I am thankful for our guest.” And while everyone else looked curiously around the room, Lorrie thought she heard a gentle laugh, a laugh that sounded something like the thunder of a waterfall.

NOTE: Pastor Eclov wrote this children’s story years ago for a community Thanksgiving service and has used it in a sermon to encourage his listeners to be thankful in the presence of Jesus.

LEE ECLOV is senior pastor of the Village Church of Lincolnshire (EFCA), Lake Forest, Illinois. He is an adjunct professor at Trinity Evangelical Divinity School and a regular contributor to several publications as well as being the author of Pastoral Graces: Reflections on the Care of Souls (Moody Publishers).

This article originally appeared in Mature Living magazine (November 2018). For more articles like this, subscribe to Mature Living.