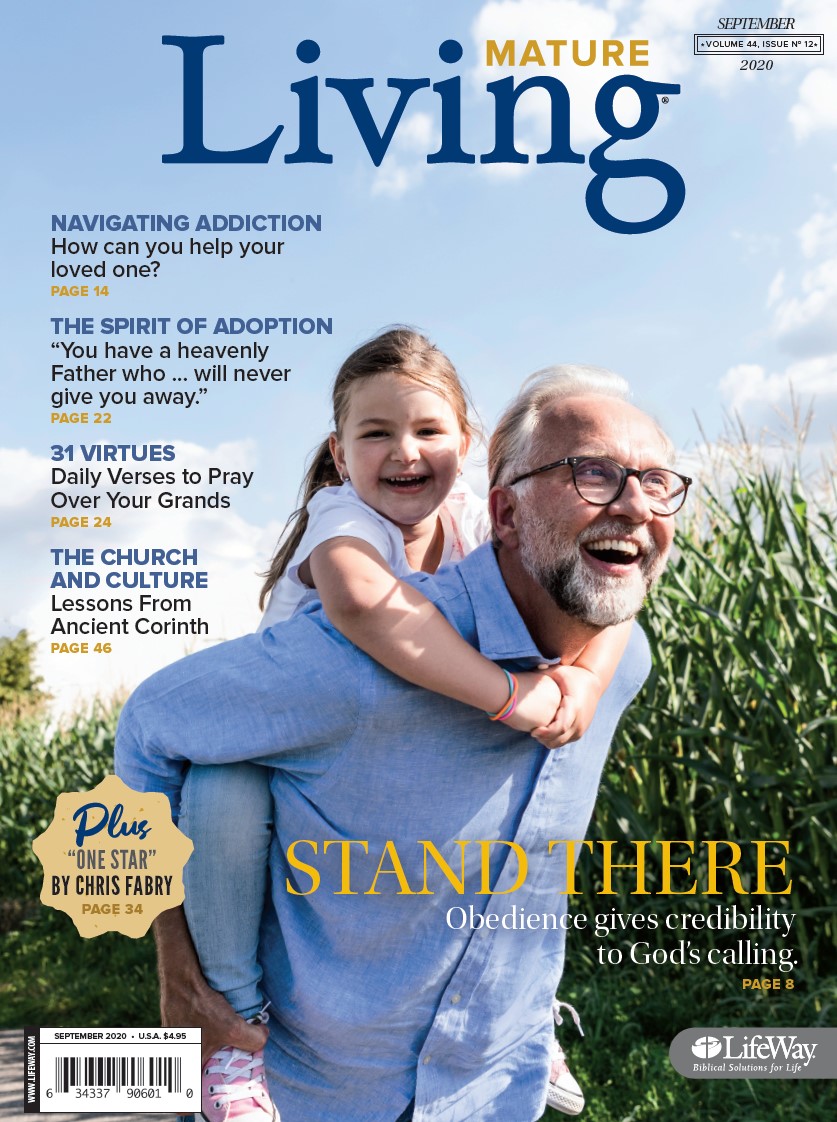 If you’re God’s child, you’ll always be His.

THE THOUGHT of a courtroom makes me smile. Let me explain.

My only daughter adopted our first grandchild 10 years ago. When our grandson was 6 months old, he was taken to family court to be declared legally adopted. Our daughter decided to have an adoption party and invited several family members to be present with them in court.

Our family arrived at the courthouse, happy. Our grandson smiled at everyone while our son-in-law held him. It surprised all of us that the judge had a stern look on his face.

Solemnly, the judge read the case file. He then turned to my son-in-law and asked, “Is there any reason or circumstance that would ever cause you to consider giving your son back? Adoption is forever.”

My son-in-law had a shocked look on his face. After a few seconds, he collected himself and loudly proclaimed, “No, sir!”

The judge asked the same question to my daughter. Her reply was timid, but strong. “Never.”

The judge’s face immediately broke into a pleasant smile. He addressed my 6-month-old grandson as if no one else was in the courtroom. “Jase, this brings me more joy than anything else I do as a judge. You have a family who loves you. They will always love you. Jase, you are very blessed. From this day forward, you legally belong to your new family!” We all applauded and cried. The judge came down from the bench and made pictures with our family. We went home and had adoption-party cake and ice cream.

The judge’s declaration of adoption meant that our grandson would have the security of knowing he had a family who would love him. The relationship between child/grandchild and parent/grandparent would never be broken. No circumstance or challenge could undo the adoption.

This story of my grandson’s adoption mirrors what the apostle Paul wrote to the followers of Christ in the city of Rome. “For you did not receive a spirit of slavery to fall back into fear. Instead, you received the Spirit of adoption, by whom we cry out, ‘“Abba,” Father!’” (Rom. 8:15, emphasis added).

The church at Rome fully understood these words. Some Roman Christ-followers had been a part of the “in crowd” close to the seat of political power. Now because of their Christian faith, some were being held at a distance politically and socially. Others in Rome were actual slaves belonging to another human being.

This verse is very clear. If the Holy Spirit lives in you, He will not lead you to live fearfully as an abandoned child or slave with an unsecured future. Your Father has made you part of His eternal family by formally adopting you. Your adoption is based upon what Jesus Christ has done for you at the cross. Your sins have been forgiven; you are a secure and loved child of God.

I am thankful that the love in my heart for my grandson is no different from my love for our biological grandchild. No matter what happens in Jase’s life, he will always be secure in the fact that a grandfather and grandmother love him. My wife and I don’t view our grandson as adopted; he’s just family.

Our heavenly Father loved us enough to adopt us into our eternal family through Jesus’ death and resurrection. He does not see you and me as helpless orphans without a family to love and to give us love. He has adopted us into an eternal family that will never diminish. Celebrate the fact that you have a heavenly Father who has adopted you and will never give you away.

DANNY HEDGEPETH is a pastor who lives in Bogart, Georgia. He is also the managing owner of Home Instead Senior Care in Athens, Georgia. Hedgepeth has written several articles on ministry to caregivers and persons with dementia.

This article originally appeared in Mature Living magazine (September 2020). For more articles like this, subscribe to Mature Living.