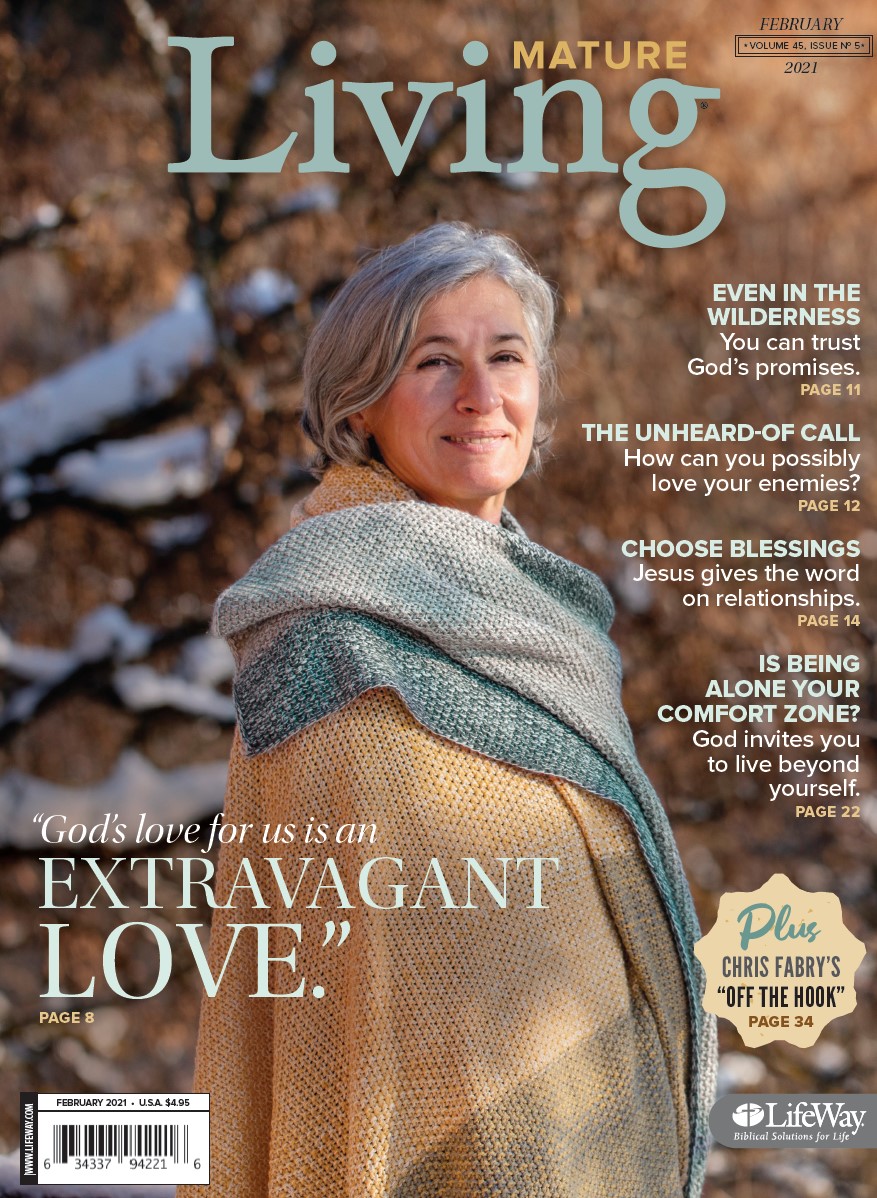 An Astonishing Story of Living with One’s Enemies

MANY OF US know a bit of Elisabeth Elliot’s story. Ah, yes, the courageous missionary to Ecuador back in the 1950s. The widow whose husband, Jim Elliot, was killed by the Waodani, a violent, unreached people group. The courageous woman who trekked deep into the Amazon jungle and lived among the very people who speared her husband to death. The author of two dozen books, the celebrated speaker, one of the few female evangelical leaders of the second half of the last century.

Most of us have a hard time — particularly in times of quarantine — getting along with our nearest and dearest. And in today’s fractured times, when alienation, discord, and outright hatred fill the headlines, how does a follower of Jesus actually do something as radical as love her enemies?

How in the world did Elisabeth forgive the people who murdered her husband? How could she live among them?

As a teenager, Elisabeth Elliot was deeply influenced by the writings of Amy Carmichael, the Irish missionary who spent her life working to rescue abused children in India. She famously called missionary life “simply a chance to die.”

That’s not a cheerful, self-fulfillment-oriented message. But the young Elisabeth took it to heart. She was determined to die to herself, to give up anything or anyone if God so willed. Over the years, in spite of what others might say, she sought the one Voice that mattered. In spite of what she might feel, she sought the path of obedience. She wrote that “if a duty is clear, then the dangers surrounding it are irrelevant.”

So after Jim’s death, Elisabeth prayed that she might have the chance to go to those who had killed her husband. If Jim had loved them enough to die for them, she concluded that “I love them too.” She called them “easy to love.”

“I long now to go to the Waodani,” she wrote in her journal. “The two things — the only things — to which I can look forward now are the coming of Christ and my going to the Waodani. O, if Christ would only come — but how can He until the Waodani are told of Him? … Or if only I could die — what a blessed release. But I do not ask to be released. I ask to be made Christ-like, in the inmost part of my being. … O Lord … if it be possible, send me soon to the Waodani!”

As I hope you’ll read in Becoming Elisabeth Elliot, God incredibly opened the way for Elisabeth to take her young daughter and live among the Waodani, along with missionary Rachel Saint. The tribe welcomed the American women, calling Elisabeth Gikari, or “Woodpecker.” And because of the women’s love and forgiveness, many in the tribe eventually came to faith in Jesus.

A few months after her arrival, Elisabeth sat with Mincaye, a young warrior. He told her about killing Jim and the other missionaries. “They didn’t see us — we came upon them secretly … . We killed them, not knowing. We didn’t live thoughtfully then — now we know. Now we think about God. We will not spear anymore.”

Later that night, Elisabeth lay in her hammock, pondering the irony of it all. Some yards away, from his own hammock, Mincaye spoke to her in the darkness.

“You are my younger sister.”

“Are you, then, my older brother?” she asked.

How is it that God could take a woman and the man who had killed her husband and knit them together in the same family?

As Elisabeth Elliot knew, “a chance to die” wasn’t just a call to martyrdom for career missionaries. It is the call for all believers, in situations large and small, to let go of our own preferences, wishes, and will. Sometimes it will mean forgiving those who killed your husband. Sometimes it will mean loving those who persecute you, or hurt you, or just plain irritate you. But in the countercultural way of Jesus, it is dying to self, in fact, that leads to surprising, robust, irrepressible new life.

ELLEN VAUGHN is a New York Times bestselling author and speaker who has written or co-written 23 books. Her new book, Becoming Elisabeth Elliot, is now available. Ellen lives in northern Virginia with her husband, Lee, and a daughter, two grandchildren, and one clueless dog.

This article originally appeared in Mature Living magazine (February 21). For more articles like this, subscribe to Mature Living.