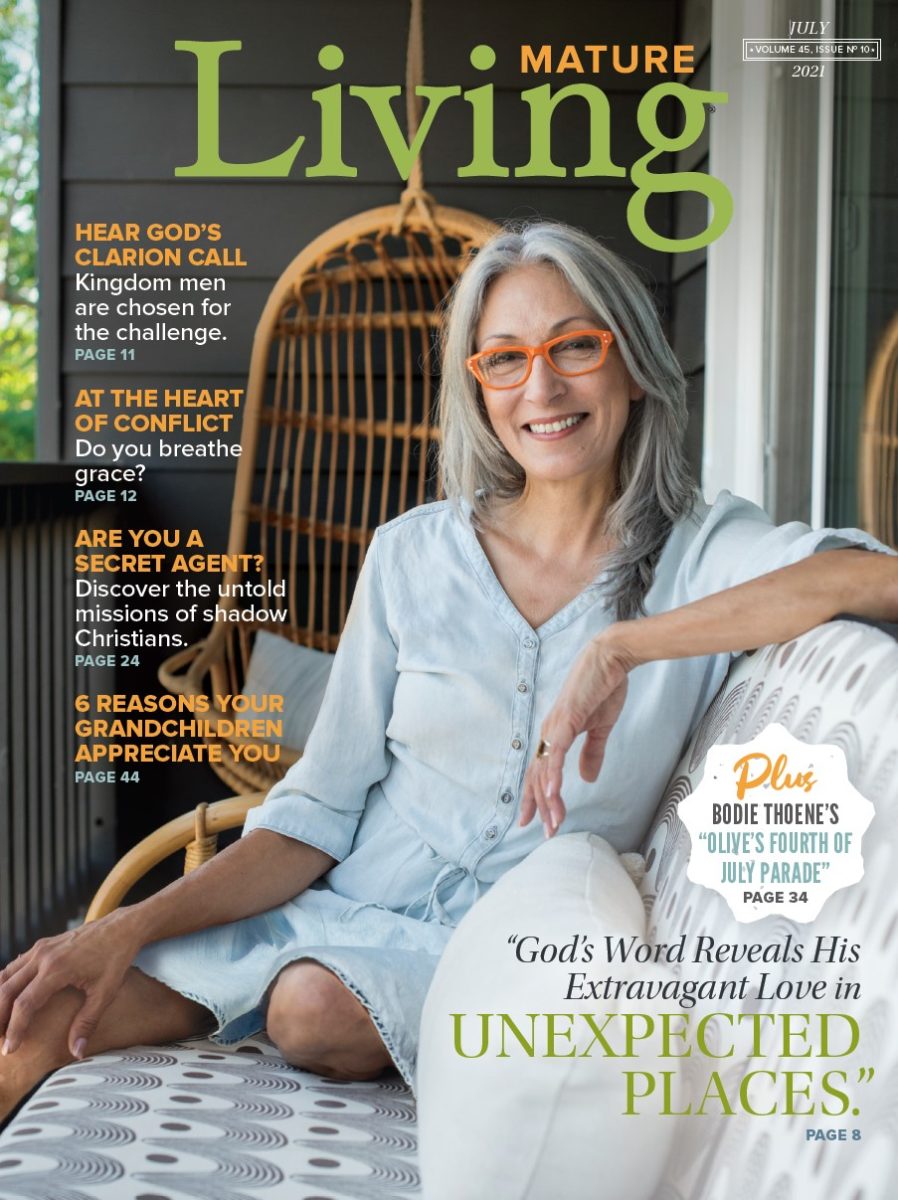 Making a Difference in the Shadows

Unnamed and unnoticed, a powerful band of believers are doing kingdom work.

SHADOW CHRISTIANS are people who work in dimly lit margins, in the shadows created by the spotlight shining on others. They are believers who serve quietly, often anonymously, doing the work that keeps churches, families, and communities functioning. Shadow Christians make an impact even when no one knows their names. They care for children, drive friends to the doctor, prepare meals for others to enjoy, give money to sustain ministries, and clean up after meetings. Shadow Christians are the unseen army — millions strong — who take their faith seriously, see themselves as role players in God’s grand plan, and seldom give any thought to being recognized for their service.

You are likely a shadow Christian. You do not have thousands of social media followers or

influence anyone by writing a blog. In a celebrity-

driven culture, where people are often famous for being famous, you may wonder if your service matters — to other people or even to God. The clear answer from the Bible is yes.

A few years ago, the story of some anonymous preachers in the Bible caught my attention. Their riveting story later motivated me to become a church planter. The Bible says, some “men from Cyprus and Cyrene” (Acts 11:20) arrived in Antioch and started preaching the gospel. The result was the founding of the church at Antioch, which many people consider the most consequential church in the New Testament. This church was so important because it was where the gospel was first preached widely among Gentiles. That was an important breakthrough and set the precedent for global gospel expansion reaching to our generation. Despite the significance of their work, the names of the Antioch founders were not recorded. This led me to a series of questions.

Why are some biblical people named and others not named? Why did Jesus call some by name and eave others in anonymity? Why are some singled out, by name, for relatively inconsequential contributions while others, not named, did things that changed the world?

Answering those questions led me to discover the importance of shadow Christians, believers who make a difference even when no one knows their names. Studying anonymous people in the Bible underscored two truths: God chooses and uses shadow Christians. More personally, this means your behind-the-scenes service matters to God.

One unnamed, middle-aged woman in the Bible illustrates this point. We meet her when she was bedridden with a high fever, too weak to greet Jesus when He arrived in her hometown. Her son-in-law, Peter, was one of Jesus’ followers, a rising leader in His kingdom movement, so Jesus stayed at Peter’s house. When Jesus arrived and found Peter’s mother-in-law lying in bed, “he touched her hand, and the fever left her” (Matt. 8:15a). What a great moment that must have been! It deserved a big celebration or commemoration — but that’s not what happened.

Peter’s mother-in-law, known in history by her family title but not her name, “got up and began to serve him [Jesus]” (Matt. 8:15b). The details of her service are not included, but a phrase in the narrative hints at what it might have been. After staying at Peter’s house throughout the day, “when evening came” (Matt. 8:16), Jesus continued His ministry by performing exorcisms and healings. The demands of His evening ministry suggest Peter’s mother-in-law served Jesus by providing meals and a place for rest during the day. Her hospitality helped prepare Him for a long night of demanding ministry encounters. This unnamed woman got up from her sick bed to serve Jesus. She made sure He had food to eat, something to drink, and a comfortable place to rest. After being healed, she didn’t go on the speaking circuit describing her miraculous recovery. She went to the kitchen.

Inez was in her 70s when she and her husband, Glenn, learned about a church being planted in their area. They were old-school Baptists — hymns and the King James Version were their staples. Yet they also had a Baptist heart for reaching people with the gospel. Inez told me, “We want to help build a church to reach young families.” They joined our contemporary church to serve, not to be served. During worship services, they stood silently when everyone else sang worship songs. They were not protesting; they just did not know the newer songs.

Inez had a skill set and passion, however, every generation appreciates. She knew how to cook, organize events, create a welcoming environment, and make sure everyone had a good time. For several years, until she could not physically do it any longer, she coordinated the hospitality ministry of our growing church. Younger women eventually took over her role, but only after learning from Inez’s example of the importance of hospitality.

Shadow Christians set up the tables, install the décor, prepare the food, serve the meals, wash the dishes, mop the floor, and haul out the trash. The rest of us enjoy the benefits of the hard work of these dedicated servants — like Peter’s mother-in-law and a shadow Christian named Inez.

AND WHOEVER YOU ARE

Beyond this example, you may serve behind the scenes in many other ways. Perhaps you help prepare baptismal candidates, create flower displays for your church sanctuary, care for children during the worship service, or drive the church van to pick up your friends. If the years have slowed your mobility, you still reach out by writing notes to hurting people or making phone calls to those who are homebound. Even though no one may notice your service, God does! He values people who serve in the shadows, making a difference in the lives of others.

Shadow Christians are the invisible army working behind the scenes to make every church and ministry organization successful. If you are in their number (and even if no one else seems to notice), continue to serve with the confidence that your contribution matters and God values your work highly.

JEFF IORG is the president of Gateway Seminary. He teaches leadership, preaching, and church ministry courses and speaks frequently on these subjects in conferences and other venues. He maintains a leadership blog and podcast at JeffIorg.com.

This article originally appeared in Mature Living magazine (July 21). For more articles like this, subscribe to Mature Living.