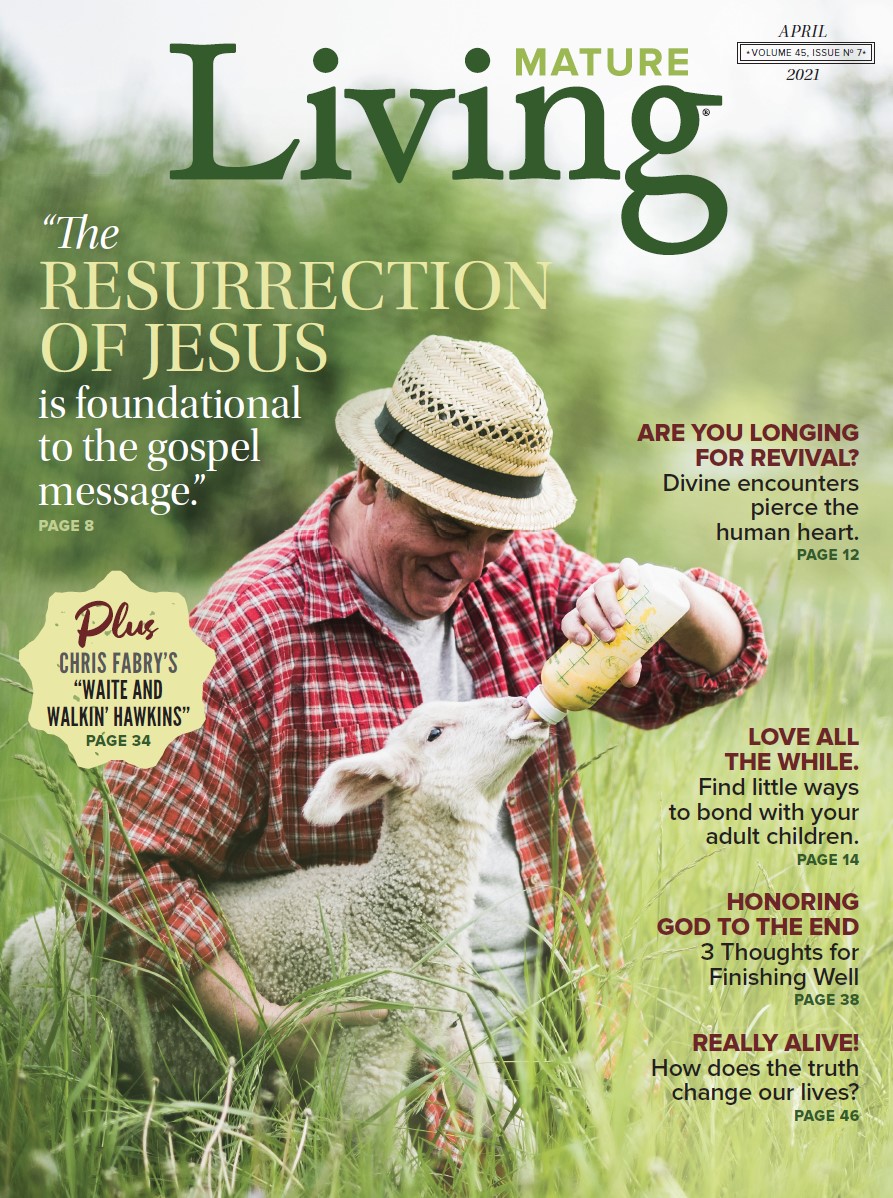 The truth of the resurrection of Jesus is life-changing.

CONVINCED ATHEIST, Lee Strobel faced disruption when his wife became a Christian. Her changed life convinced Lee to study the resurrection. This investigative journalist for the Chicago Tribune tried to prove Jesus did not rise from the dead. Strobel failed. No, I mean he succeeded: Strobel became a believer!

Jesus plainly told the disciples He would be killed but then resurrected. (See Matt. 16:21.) Scripture assures us that Jesus did rise from the dead. Yet, some skeptics pose theories that He did not rise.

The swoon theory suggests the disciples only thought Jesus died. Adherents of this concept say Jesus merely seemed to die but the coolness of the tomb revived Him. If so, however, how can they explain Jesus’ surviving a night of being beaten by the Sanhedrin guards and then the Roman soldiers with their leather whips embedded with bits of stone or metal, then hanging for hours on a cross, then having a Roman spear thrust through His side and into His pericardial sac, and then being wrapped in an airtight shroud?

Once revived and free of the shroud, Jesus then would have had to shove aside a several-hundred-pound stone blocking the tomb entrance and overpower several Roman guards. He would have had to walk 7 miles to Emmaus and then 7 more miles back to Jerusalem on spike-impaled feet, materialize through locked doors, and accomplish the greatest jump in history at the ascension. (See Luke 24:13; John 20:19; and Luke 24:51.) Frankly, it takes more to believe the swoon theory than to believe the resurrection.

Others believe that the disciples stole the body of Jesus. Alter-natively, it is held that either the authorities or the women stole His body. They discount the fact that Pilate ordered a squadron of soldiers to guard the tomb. If somehow Jesus “escaped,” the soldiers would face severe penalties.

Any concept against the resurrection must show how the disciples convinced 500 eye-witnesses that a former corpse still lives, how He appeared through locked doors, how He made breakfast for and ate with His disciples beside the Sea of Galilee, and how He ascended into the clouds while His followers watched. (See 1 Cor. 15:6; John 20:19-20; John 21:9-14; and Acts 1:9.)

When the Sanhedrin guards captured Jesus in the garden of Gethsemane, the disciples ran away. Peter followed at a distance, but in the chief priest’s courtyard, he denied knowing Jesus. After the resurrection three days later, Peter boldly proclaimed Jesus before more than 3,000 people, even though that act could have resulted in his death. The other disciples who ran away at first also unashamedly confessed the risen Christ until their graves.

What change caused these fearful mice to turn into bold lions? The resurrected Jesus! Strobel’s research of the truth of the gospel also led him to conclude that Jesus arose.

Yes, Jesus did rise from the dead. This is the rock-solid cornerstone of our faith. We can believe it without hesitation. We can stake our faith on it. We can trust our eternal futures with it. He is alive. He is coming again. And since Jesus rose from the dead, we who confess Him as Lord will also rise and be with Him forever!

BILL PATTERSON and his wife, Sandy, love introducing people to the Holy Land and to biblical truths. Magazines have published more than 300 of his articles and lessons. Bill serves as associational mission strategist for the Green Valley Baptist Association in Henderson, Kentucky.

This article originally appeared in Mature Living magazine (April 2021). For more articles like this, subscribe to Mature Living.