The Point: Believers are to join God’s work in both the church and the world.

A man named Loungi Bhuiya from Kolithwa village in India became discouraged and upset because his village had no water source and the farmers struggled to water their fields. His village is located in a part of India that gets little rainfall and is plagued by drought. Young people were leaving the village in search of other jobs because farming was so difficult there. So Bhuiya decided to solve the village water problem by digging a canal to bring water to the village. He would do it, working by himself and using traditional hand tools. Bhuiya finished digging his canal last fall – it had taken him more than two decades to dig the canal that is four feet wide and three feet deep, covering a distance of about three miles (5 km). Village farmers now have the water they need for their crops. The village headman Vishnupat Bhokta said that the villagers called him “mad” when he first started the project.

Say: Villagers in Kolithwa, India, thought Loungi Bhuiya was “mad” when he started his project to dig a canal and bring water to their village. Yet Bhuiya accomplished what seemed impossible in getting the canal dug. Then call attention to Question #1: (When has a task looked bigger than your ability to get it done?) and invite volunteers to respond.

Get Into the Study [Additional Option]

After asking Question #1, play a video clip of someone with a task seemingly too big so group members can consider the large task before us.

Use the following information to introduce Question #2.

Ella Lawler* is an International Mission Board (IMB) worker among Central Asian peoples, and she recently told the story of an Afghan teenage girl named Amita.* Amita and her family are refugees,  who left Afghanistan and settled in Europe. Amita’s brother became a Christian and began to talk to Amita about his new-found faith. She was soon asking questions about how she could follow Jesus too. Their father also became a Christian, and the family became part of a community of Persian believers in Europe. Amita soon had a desire for her younger siblings to hear the good news of the gospel too.

About this same time an IMB worker and others in the Christian community had been praying that God would bring together a group of Afghan teen girls. God answered that prayer when Amita invited other girls, included her younger sister, to a meeting to learn more about God.

Today, Amita is boldly sharing her faith, telling others what God has done in her life. She meets regularly with the group of teen girls, telling them what she is learning from her Bible and encouraging them to follow Jesus too. Ella Lawler asks that believers pray for Amita, that she will continue to be a bold witness for Jesus.

* Names are change for security.

Say: Excited about her new faith, Amita is producing fruit by bringing her friends to a meeting to learn more about Jesus. Then call attention to question #2 (What are some things that God expects us to produce?) and invite volunteers to respond.

How to Make Life and Ministry Matter 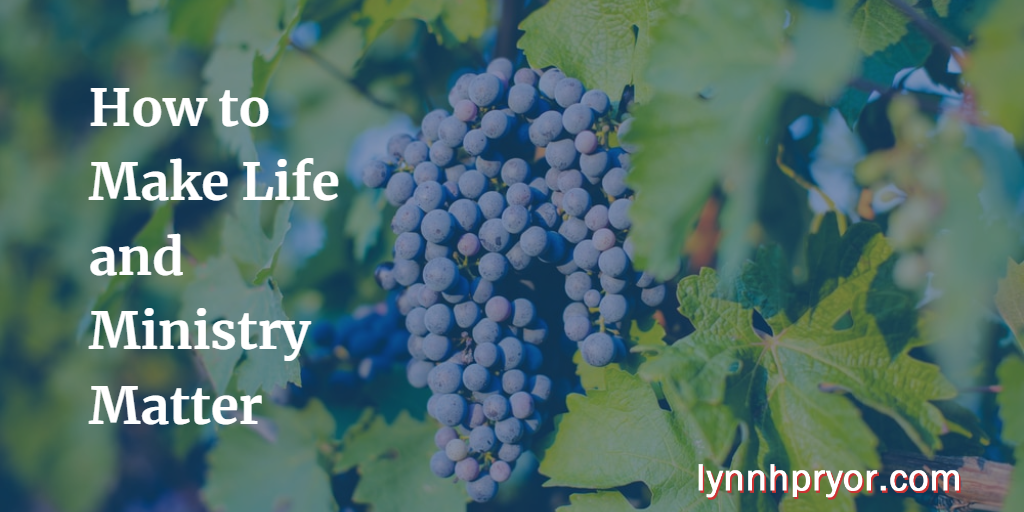