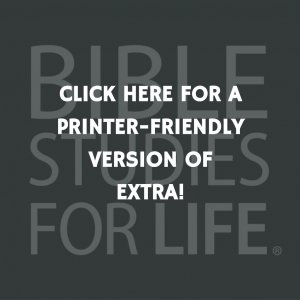 The Point: Honor Christ by stepping in to help resolve conflict.

Use the following stories to launch your discussion.

School shootings are, tragically, becoming far too common. In two recent attacks, however, young heroes sacrificed themselves to save others from becoming victims.

On April 30, 2019, 21-year-old ROTC cadet Riley Howell rushed the shooter at University of North Carolina Charlotte, knocking him to the floor. His actions allowed police to apprehend the shooter. Despite being shot three times, Riley tackled the gunman so forcefully that the suspect complained to first responders of internal injuries. No additional people were shot after the body-slam. Riley was buried with full military honors.

A week later, on May 7, 18-year-old high school senior Kendrick Castillo lunged at the school shooter in suburban Denver, giving classmates time to hide. In addition to Kendrick, three other students also tackled the gunman,  which allowed ten to fifteen classmates could escape to safety.

In John 15:13, Jesus said, “No one has greater love than this: to lay down his life for his friends.” Riley and Kendrick were heroes who bravely demonstrated this self-sacrificial, intervening love.

Ask: “Who’s someone you want in your corner when trouble is brewing?”

Toni Sanders wrote this Leader Extra. Toni provides technical support and training and is a graduate of Southwestern Baptist Seminary. She and her husband lead a senior adult Bible study group in Orlando, Florida.

In advance, create two small posters with the following Bible verses written on them: 1 Thessalonians 4:10-11 and Psalm 82:4. Post these two verses on opposite walls (or on the floor if needed). Say, “When we hear someone else is about to do something rash, we might respond in different ways, as reflected in these two Bible passages. Stand near the verse that reflects how you typically respond.” Allow volunteers to share why they chose their response.

This idea supports the teaching plan found in the Daily Discipleship Guide.

Play the following video clip from the movie Stepmom.*

After watching the video, ask: “How would you evaluate the conflict resolution offered by each person?  What would you do differently to resolve the conflict?”

*The Leader Guide mentions a clip from The Office, but our team felt this clip would spark better discussion. A subscription to Wingclips is required to access the video clip.

This idea supports the teaching plan found in the Young Adult Leader Guide.

Use the following story as you conclude the session.

Famous for both her cooking and her heart for reconciliation, New Orleans chef, Leah Chase, died June 1stat the age of 96. Her restaurant, Dooky Chase (named after her father-in-law), had been visited by presidents, musicians, athletes, and civil rights leaders. Even in her 90’s, Chase could be found at the restaurant greeting customers and supervising the kitchen.  According to a statement from her family, “Her daily joy was not simply cooking, but preparing meals to bring people together.” Chase was known for her work during the Civil Rights Movement, where she brought together black and white civil rights activists to eat together at a time when allowing black and white people to dine together was illegal. Her family’s statement noted, “One of her most prized contributions was advocating for the Civil Rights Movement through feeding those on the front lines of the struggle for human dignity.”

Leah Chase used her time and work in an era of conflict and tension to unify people.

Ask: What are some opportunities we have to honor Christ by stepping in to help resolve conflict in our city, country, and world?

Nikki Wilbanks is a stay-at-home mom, writer, Bible study teacher, and commercial real estate appraiser/investor. She is a graduate of Pepperdine University. She lives with her husband and two children in Murfreesboro, TN.

Behind Every Great Man … 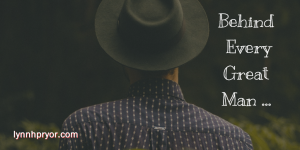 Here’s a brief video giving you an overview of this session: Living by Faith, Session 4.