The Point: God sends us to tell others about Jesus.

In February, Katheryn Dalrymple was working as an intern at the Clearwater Marine Aquarium in Florida when her Dad showed up at work and surprised her. Katheryn was shocked because her father, Special Agent Gerry Dalrymple, had been deployed with the U.S. Army in Afghanistan since March 2020. She was feeding the dolphins when her Dad arrived. “It took a couple of seconds for it actually to register who was behind me. I wasn’t expecting him to be back for at least another month so it really caught me off guard,” said Katheryn Dalrymple.

Say: Gerry Dalrymple, his family, and coworkers worked hard to keep his arrival home from Afghanistan a secret so he could surprise his daughter at her job. Then call attention to Question #1 (What’s the biggest news you’ve ever had to try to keep secret?) and invite volunteers to respond.

Get Into the Study [Option from Adult Leader Guide]

In advance, play a brief video about keeping secrets or revealing surprises. Then ask Question #1.

Get Into the Study [Option from Adult Leader Guide]

In advance, print out a military commission certificate and bring it to your gathering. Read the commission to your group, and then pass it around so that each person can see it.

Use the following information to introduce Question #3.

Jacob Zailian pastors the Set Free Church in Sanger, California. The church reaches out to people who are homeless, drug addicts, and gang members. Jacob has a heart for ministering to people on the margins of society because he used to be one of those people. As a young man, he got entangled in drug dealing and drug abuse until he finally landed in the Fresno County Jail. His girlfriend Francine visited him in jail and told him she was leaving him and taking their children with her. When she left, Jacob began to pray. “I was tired of living my life addicted to drugs and gave up and surrendered everything to Christ,” he said. Jacob began to read his Bible and grow stronger in his faith. When he was released from prison, he married Francine. Jacob felt God calling him to minister to the people he understood best – the people who “would scare people who go to most churches.”

The North American Mission Board, along with a local church, supports Jacob as he plants the Set Free Church. Jacob says that his church reaches out to addicts and homeless people to point them to the hope Jesus offers. “It’s pretty much the people that everybody looks at as a lost cause,” he said. When Jacob talks about the ministry or the people whose lives are being changed, he says that all of it “is God.” Jacob wants to help people who are struggling with addiction find the good news of the Gospel, “because I was there once myself.”

Say: Jacob Zailian’s life has been transformed because He chose to follow Jesus. Then call attention to Question #3 (In what ways have you been made new as a result of following Jesus?) and invite volunteers to respond.

Live It Out [Option from Adult Leader Guide]

Before closing in prayer, play a missions-focused song like Steve Green’s “Find Us Faithful” or invite a volunteer to lead in the singing of one to encourage group members to go forth from this session fired up to share the gospel.

You Are Commissioned as God’s Masterpiece 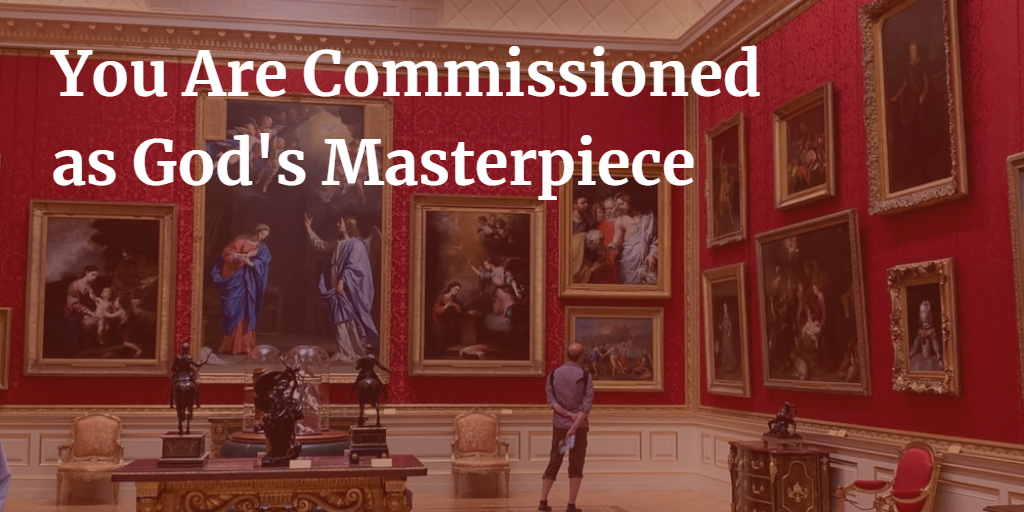