Does It Call You to Trust God?

The Point: Discerning and obeying God’s voice calls for faith in Him.

Damar Hamlin, player for NFL team Buffalo Bills, is an outspoken Christian. His faith inspired his teammates and fans after he collapsed due to cardiac arrest after getting tackled during a game in early January.

Inspired by Hamlin’s faith, his teammates prayed over him on the field while being treated by paramedics. Even an ESPN analyst prayed for Hamlin on air, saying “the Buffalo Bills organization said they believe in prayer.”

During his continued recovery, Hamlin is still talking about his faith in God, even saying that God was using him in a different way and was behind all of this. In fact, his teammates are continuing to say that God was behind the team winning the make-up game, saying that the game felt “supernaturally charged,” and that God was with the team, just as He was with Hamlin’s miraculous recovery.

We never know how our faith can encourage or inspire those around us. As Christians, we are called to walk by faith, not to show off to others, but to bring glory to God in our daily lives.

When we keep our focus on eternal things instead of things of this world, anything we face in this world has a lesser impact on our lives. British singer M.I.A has been losing fans after becoming an outspoken Christian.

M.I.A. said that she was comfortable practicing Hinduism, but the Christian God saved her. She has been speaking about her faith during performances and telling her fans that Jesus is real.

She has been letting her faith inform her worldview now, saying that she understands more about the world when she sees it through the lens of Christianity. M.I.A. has said that it does not matter if she loses fans or her career because her faith is more important.

When we keep our focus on God and eternal things, we are less concerned about the trials we will face in this world, because we understand that they are not as important as what is to come.

EXTRA was written by Emily Duncan, a Southern California native currently living in West Georgia with her husband, daughter, and two dogs. She became a Christian when she was sixteen at a youth retreat. Now, she’s a self-described homemaker and semi-professional baker who dreams of eventually finishing all the projects in her workroom.

Read the lyrics of “Trust and Obey” or enlist someone in your group to lead the class in singing the first verse and chorus of the hymn.

Display this image as you follow the directives under “Optional Idea” on page 540.

Study the Bible [Option from the Adult Leader Guide, p. 127]

In advance, play the 1-2 minute video clip of Indiana Jones taking the “Leap of Faith.” Ask: “How is this visualization similar to how it can feel to step out in faith to follow God? How is different? What verses from Hebrews 11 are similar, and different, from the way this video pictures the idea of stepping out in faith in God?”

How to Become a Hero 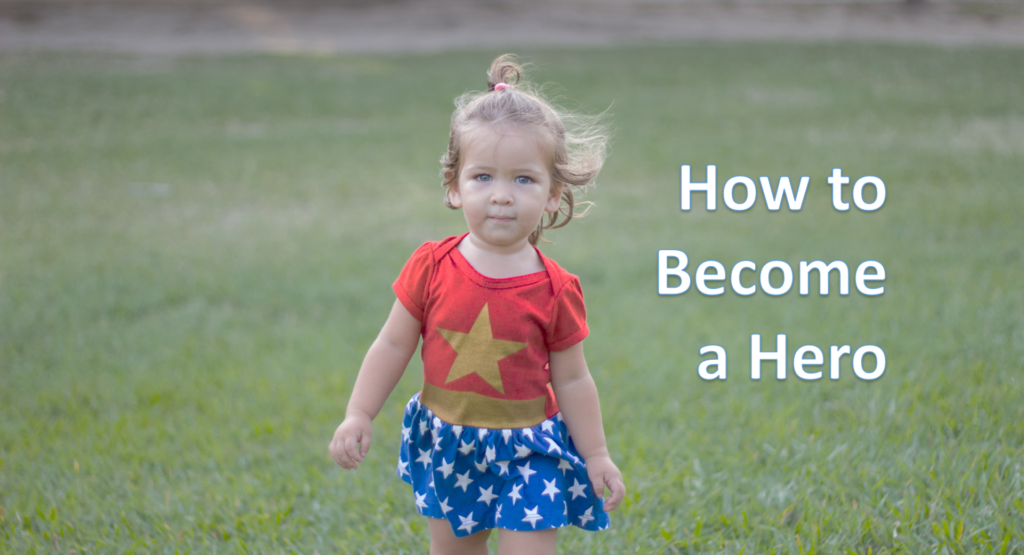