The Point: Grow in Christ as you wait for His return.

Thursday night April 7th, people were eating dinner in the Bottagra Restaurant in Hawthorne, New Jersey, when the nearby Passaic River began to flood. An evening storm had dumped more than 3 inches of rain on the area in a short period of time. Soon the nearly 200 people in the upscale Italian restaurant were trapped by rising floodwaters. Firefighters arrived and when the waters began to subside, they brought the customers through the fast-moving water to safer ground.

Say: On what should have been a nice evening out, the restaurant patrons were caught unprepared by the rising river. Then call attention to Question #1 (When have you been caught unprepared?) and invite volunteers to respond.

Use the following information to introduce Question #2.

The US Army Corps of Engineers began preparing for storms before the 2022 hurricane season arrived. The hurricane season runs from June 1 to November 30. The Corps of Engineers in the South Atlantic Division held a drill exercise in April to help them be better prepared to respond when the hurricanes come. The Corps is part of the federal government’s response when natural disasters occur. For this year’s drill exercise, the Corps practiced how to respond in a situation where two hurricanes hit land nearly simultaneously. “We are prepared and ready to respond to a hurricane,” said Brigadier General Jason Kelly, South Atlantic Division commander.

Say: These first responders practice to be prepared when natural disasters occur. Brigadier General Kelly says they are “ready.”  Then call attention to Question #2 (How would you describe a person who’s prepared for Christ’s return?) and invite volunteers to respond.

After pointing out that the time for our preparation is limited, to bring out a fresh way to discuss being prepared for Christ’s return, consider using the following:

Living with the End in Mind 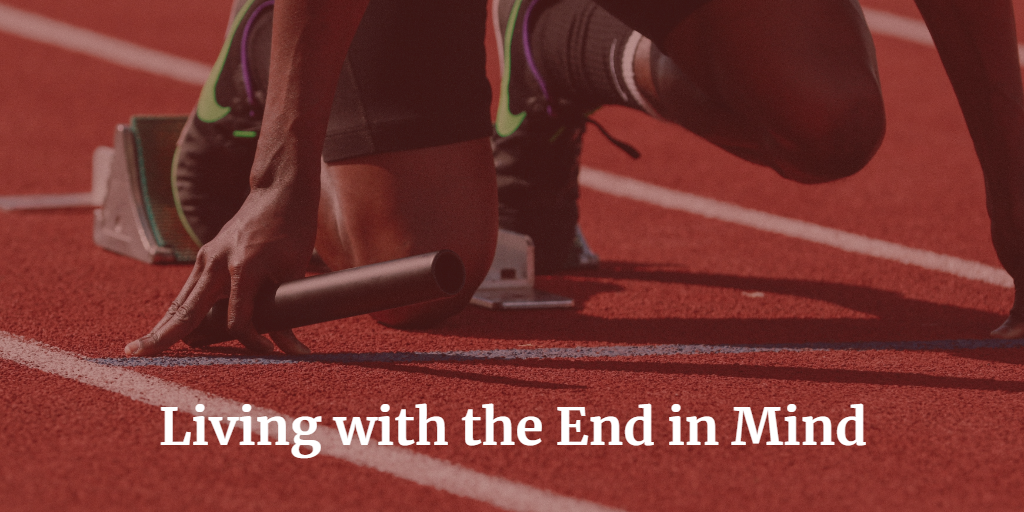