Our Commitment to Christ

The Point: Commit your whole life in trust and obedience to Christ.

Tabletop role-playing games have been popular for decades, particularly those where each player directs the actions of their character in a fantasy world that resembles the Middle Ages. These games are open-ended, and usually take several hours to play a session, but they can be spread out into a campaign with many sessions over a long period of time. Robert Wardhaugh started playing such a game in 1982, in what he believes might be the longest continuously running campaign ever played. When Wardhaugh started playing in high school, there were four players. Today, 38 years later, there are almost 60 players in his game. Some people come to his house to play in person, while others take part in the game by way of video chat. Wardhaugh is a college history professor, so his game incorporates lots of real-world history. “One of the greatest successes of my game has been the fact that it has fulfilled its ultimate objective, which is keeping my friend group together,” says Wardhaugh. His teenage daughter, who started playing at age 8, is now part of his game too. “It makes me happy to know my players still want to play, and that they’re excited about playing,” says Wardhaugh.

Say: Robert Wardhaugh has been committed to his game for 38 years! Then call attention to Question #1 (What’s something you’ve really enjoyed being committed to?) and invite volunteers to respond.

Laura Wilkinson was the first woman to win three major world titles in diving. One of those titles was a gold medal she won at the 2000 Olympic games at age 22. Three months before the Olympic games, Wilkinson broke multiple bones in her right foot during practice. Despite the broken bones, Wilkinson kept practicing and went on to win the gold medal. The NBC commentators announcing the diving competition called it “one of the most improbable diving competitions in Olympic history.” After the 2000 Olympics, she also won the 2004 World Cup and the 2005 World Championships. At age 30, Wilkinson retired from diving and focused on her family. She and her husband have four children. In 2016, Armstrong did something unexpected – she came out of retirement and returned to competitive diving. Within one year, she had remastered all of her 10-meter dives. Several months after starting her comeback, she was diagnosed with degenerative disc disease. Her neurosurgeon told her that without surgery, a simple accident could cause quadriplegia. Wilkinson had spinal fusion surgery and within four months she was back at diving practice. Her goal is to win at the 2021 Olympics in Tokyo. American women have not won in the women’s 10-meter diving competition since 2000 when Wilkinson won.

“You don’t have to have the lead if you have the heart to come from behind,” Wilkinson recited as one of her favorite quotes, that inspires her any time she faces setbacks or obstacles. “I may not be the fastest, strongest, or get in the water cleanest, but I have more heart than anyone here,” Wilkinson added.

Say: Laura Wilkinson has battled obstacles like an injured foot, age, retirement, and a fused spine surgery in order to pursue her commitment to competitive diving. Then call attention to Question #4 (What obstacles keep some people from total commitment to Christ?) and invite volunteers to respond.

How Childlike Should Faith Be? 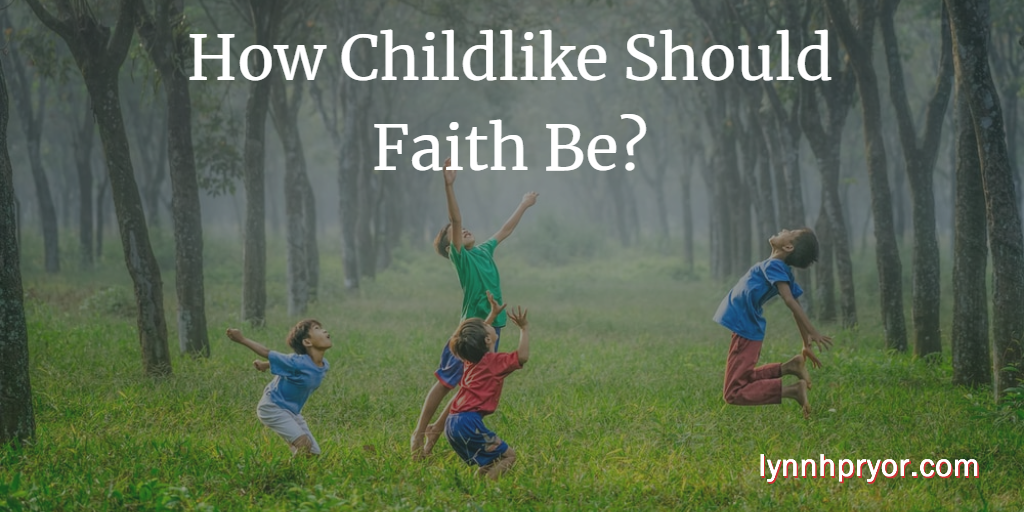