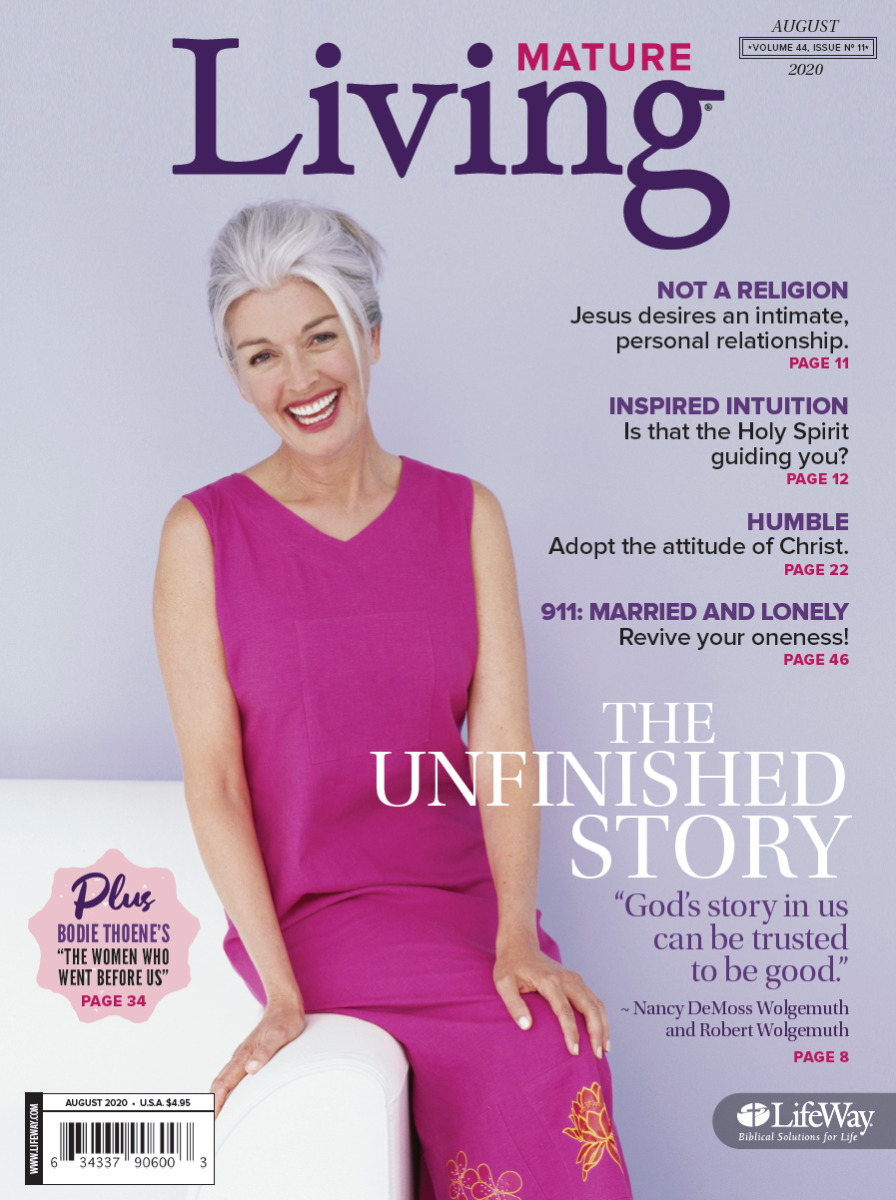 What Is That TUG Telling You?

W ATSON THORNTON was already serving as a missionary in Japan when he decided to join the Japan Evangelistic Band. He decided to travel to the town where the organization’s headquarters was located and to introduce himself to its leader. But just as he was about to get on the train, he felt a tug in his spirit that he took to be the leading of the Lord telling him to wait. He was puzzled but thought he should obey.

When the next train rolled into the station, Watson started to board but again felt that he should wait. When the same thing happened with the third train, Watson began to feel foolish. Finally, the last train arrived, and once more Watson felt a check. “Don’t get on the train,” he seemed to hear. Shaking his head as he watched the train unload its passengers, he thought, I guess I was wrong about this. Watson had wasted most of the day at the station for no apparent reason. Yet as he turned to go, he heard a voice call out his name. It was the mission leader, whom Watson had intended to see, approaching him to ask whether he would consider joining the Japan Evangelistic Band.

What was the impulse that made Watson wait at the station most of the day? He believed it was the voice of the Lord. Despite this, Watson felt unsure of himself. His actions certainly didn’t seem to make sense at the time. What he was doing seemed to be more a matter of intuition than anything else.

The Holy Spirit Leads Us

Intuitive decision-making that is informed by God’s Spirit begins with an assumption of God’s continuing and immediate presence. God’s presence is mediated to believers in a unique way through the Holy Spirit. While everyone seems to have some capacity for intuition, the thing that sets believers apart is their unique relationship to the Holy Spirit. Everyone can experience intuition, but only those who are in Christ can say that they are also indwelt by the Holy Spirit. (See Rom. 8:9.)

The promise of the Spirit’s presence does not necessarily mean that divine direction will come to us in some supernatural form. God is certainly capable of appearing to us in a burning bush, but He usually doesn’t. Guidance always begins with what God has already revealed. He will not contradict Himself. Whatever the nature of the immediate choice, start with the biblical princi­ples that you already know apply to it.

There is a reason intuitive decisions are often described as those made by the gut. The gut or bowels have traditionally been associated with feeling in the Bible. When we act intuitively, we feel what is right before we know it is right. Or rather, we know what is right by the way we feel. If you want to learn to act intuitively, you must learn how to listen to your feelings.

Our Desires May Deceive Us

To listen does not mean we automatically obey our feelings. Intuitive decision-making does not assume our feelings always correspond with God’s will. Sometimes the intuitive choice goes against what we desire. We know what we want, but somehow we also know that what we want is the wrong thing.

A few years into my pastoral ministry, I applied for a position at a church near my hometown. My wife, Jane, and I had wanted to return to the area since our seminary days. All the signals pointed to a green light. All the signals, that is, except one. There was a gentle whisper inside me that said it was the wrong thing to do. I wanted to go, but I knew I had to say no. When the search committee asked for a reason, I could only tell them that it didn’t seem like the Lord’s will for me at the time.

An intuitive choice may actually be counter-intuitive because it is the unexpected choice. Yet if the range of options before us falls within the broad scope of what God allows, more often than not, the sensible thing is to do as you please. For the Christian, intuitive decision-making goes hand in hand with biblical understanding. The more we understand the larger framework of God’s will as it is laid out for us in Scripture, the easier it is for us to trust the inclinations we have within the boundaries of that framework.

God’s Spirit directs the mind, but He also interacts with us in the affective realm. We can feel His moving us toward one choice or another. The biblical data suggests that when this happens, it is subtle. Scripture describes God’s voice as a gentle whisper. (See 1 Kings 19:11–12.) It is easily overlooked. If it feels like anything, it probably feels like a suggestion rather than a demand.

The Holy Spirit Can Redirect Us

We become more comfortable with intuitive action the more we practice it. However, given the subtle nature of this kind of direction and our own fallibility, we will sometimes misinterpret God’s direction. The good news is that God is able to close doors as easily as He can open them. Some of the wrong choices we make by intuition may inconvenience us, but if we are acting in wisdom and in accordance with Scripture, they won’t be catastrophic. Moreover, we can expect God to be involved in the process.

Our greatest fear, when it comes to God’s guidance, is that we will get it wrong. We worry that we will turn right when God really wants us to go left. From that point on, we fear the trajectory of the rest of our lives will fall outside the will of God. Such a view is hardly consistent with the picture of the Holy Spirit’s ministry we find in the New Testament. The Holy Spirit is our guide and helper who has been lovingly sent to us by Christ to be with us forever. He is the one who reminds us of God’s truth. (See John 14:16,26.) When we misread God’s direction, the Holy Spirit can guide us to the right path. If we want to learn how to act on the basis of Spirit-directed intuition, we need to risk being wrong.

In the summer of 1988, Watson Thornton stopped at a post office in the small town of Green Valley, Illinois, to mail a package. He was in his 80s and retired after a long career in the ministry by then. He had moved to a nearby town to live with his daughter after his wife’s death. Watson’s first visit to Green Valley did not especially impress him. “The town did not even have a filling station for gasoline,” he later observed. “I parked across the road from an old, dingy storefront with the name ‘Valley Chapel’ on it and some children running out from their daily Vacation Bible School.”

Two hours earlier, Watson had prayed, asking God if there might be a small country church nearby where he would feel comfortable. On an impulse, Watson crossed the street and walked in the door. “I stopped in and introduced myself to the young pastor, his wife, and some of the teachers,” he later said. “They took me right in, and I have felt very much at home.”

I know that this is true. I was the young pastor at the time.

If this was a miracle, it was a small one. Most people would probably write it off as a coinci­dence. What are the odds of finding a small country church in a town like Green Valley? Pretty good, I suppose. But to someone like Watson, who had spent his life listening for the gentle whisper of the Spirit, it was much more. It was a moment of inspired intuition. This was no coincidence; it was God’s familiar voice. He is as faithful in directing us in the small decisions as He is in the large ones.

Excerpted portions taken from Practicing the Present: The Neglected Art of Living in the Now. Used with permission.

JOHN KOESSLER is an award-winning writer and teacher. His latest book is Practicing the Present: The Neglected Art of Living in the Now (Moody).

This article originally appeared in Mature Living magazine (August 2020). For more articles like this, subscribe to Mature Living.