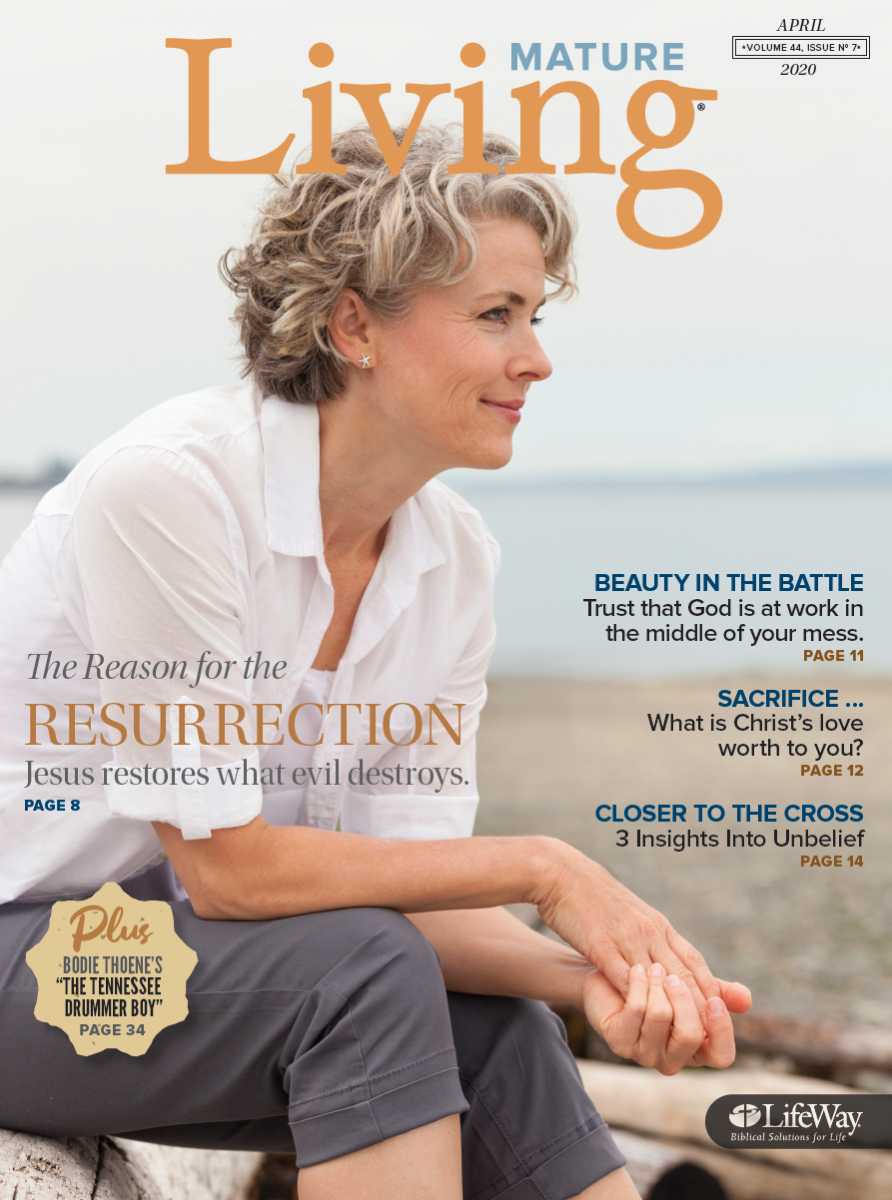 Why the Resurrection Matters

Jesus redeemed goodness as it should be.

I WAS ONCE A PUBLIC school teacher. My principal thought it would be a great idea to place me on the Religion in the Curriculum Committee after an incident in which our district was sued for having a Nativity scene in a Christmas musical performance. He knew I was studying apolo­getics and thought I’d offer good insight. One requirement of this committee was to receive training by an educational consul­tant from Washington, D.C., on matters of tolerance and religious ideas.

As the trainer spoke, she commented on the CHARACTER COUNTS!® program in schools. She said, “Each school chooses which values it wants to promote in the curriculum.”

I asked her, “Where do those values come from?”

She said, “That’s the beauty of the program. Every community gets to decide for themselves what matters.”

I responded, “What if I, as a parent, do not agree with the values our community wants to promote?”

She repeated that the communities choose what they value.

I explained that if there is no point of reference for what constitutes value, then these values are just subjective, and there wouldn’t be any reason, nor obligation, for individuals to promote the teaching of these values.

I tried to engage her further but noticed my administrator in the room had put his face in the palms of his hands. In other words, it was time for me to let it go.

What I learned from that encounter was that there is a current cultural mantra that stipulates individuals, and/or the society in which they live, can determine what is good and what is evil for themselves. Therefore, there would be no external, transcendent authority on the matter; no point-of-ref-erence by which we could say what is good and evil or right and wrong. In such a view, there would be no need for a Savior, nor for salvation. Nothing would be inherently right or wrong. There would only be subjective, individual preferences, rather than objec­tive moral values and duties. However, the Christian understanding of the resurrection of Jesus stands in stark contrast to this cultural understanding of good and evil.

Jesus’ death on the cross acknowledges that there is such a thing as objective evil in this world, something that is not subjective to every individual viewpoint. Let’s think about why Jesus endures the cross. He goes to die. Why does He go to die? Jesus’ death is a real consequence of something actually wrong. Jesus doesn’t die for the subjective viewpoints of some individuals. Rather, He dies for the sin of mankind, which means that all of mankind is engaged in something wrong … something evil. As the Scriptures quote Jesus, “No one is good except God alone” (Luke 18:19).

In the Christian worldview, what God made was good, and humans have used the goodness of God’s creation in ways that have corrupted it. Humans did what was evil. There’s a way things are supposed to be, and we call that the good. Deviations from the way things are supposed to be are privations of the good, a lack of goodness. We call this evil. Since humans are partici­pating in evil, they have brought destruction on God’s good creation. Yet, God’s creation was good in its original intent (see Gen 1:31), so God doesn’t leave it to its own destruction. Rather, He does what is good: He restores His own creation by redeeming it. Where there was death as a result of evil, Jesus overturns the consequence of evil and restores the creation to life. There’s only one way to overturn death … that is through life. The resurrection is a clear demonstration that life is objectively good, and we are meant for it.

Contrary to this Christian view of objective good and evil is the atheist view of the world. Atheist biologist Richard Dawkins has stated, “In a universe of blind physical forces and genetic replication, some people are going to get hurt, other people are going to get lucky, and you won’t find any rhyme or reason in it, nor any justice. The universe we observe has precisely the properties we should expect if there is, at bottom, no design, no purpose, no evil and no good, nothing but blind, pitiless indifference. … DNA neither knows nor cares. DNA just is. And we dance to its music.” 1 If Dawkins’ assertion about the universe were true, then his assertion of everything in the universe would also be true, which would mean that there is no such thing as good or evil, right or wrong. If we think pain and suffering are not the way things should be, we should remember that this is just the way things are in a universe void of good and evil. There would be no rhyme or reason to any of it, which would also mean that there would be no salvation, no redemption, and no second chances. As atheist Julian Baggini of The Guardian Journal states, “Lives can go terribly wrong in ways that can never be put right.” 2 This view betrays a hopeless­ness based in a meaninglessness of our lives.

To the contrary, the resurrection of Jesus not only acknowledges that our lives have meaning, and therefore significance, but also reminds us that the world hasn’t always been subjected to evil, and so this isn’t the way it always has to be. When Jesus rose from the dead, He offered to us a redeemed life that is no longer enslaved to our own evil in a fallen world. He brought the redemp­tion of resurrection to us here and now. So though evil is objectively real and has real consequences, we can be the bearers of goodness through the power of Christ’s resurrection. We are not enslaved to the hopelessness of the subjectivity of good and evil, which is the end result of beliefs such as the Washington, D.C., consultant who came that day to teach us that there is no such thing as right or wrong, good or evil.

1 Richard Dawkins, River Out of Eden: A Darwinian View of Life (New York: Basic Books, 1995), 133. 2 Julian Baggini. Yes, Life Without God Can Be Bleak: Atheism Is About Facing Up to That from “The Guardian” website. [online article] Source: theguardian.com/commentisfree/2012/mar/09/ life-without-god-bleak-atheism. Accessed October 30, 2012.

MARY JO SHARP was raised without religion in the Pacific Northwest. She is now an assistant professor of apologetics at Houston Baptist University and the founder of Confident Christianity Apologetics Ministry. Mary Jo is the author of Why I Still Believe: A Former Atheist’s Reckoning With the Bad Reputation Christians Give a Good God.

This article originally appeared in Mature Living magazine (April 2020). For more articles like this, subscribe to Mature Living.