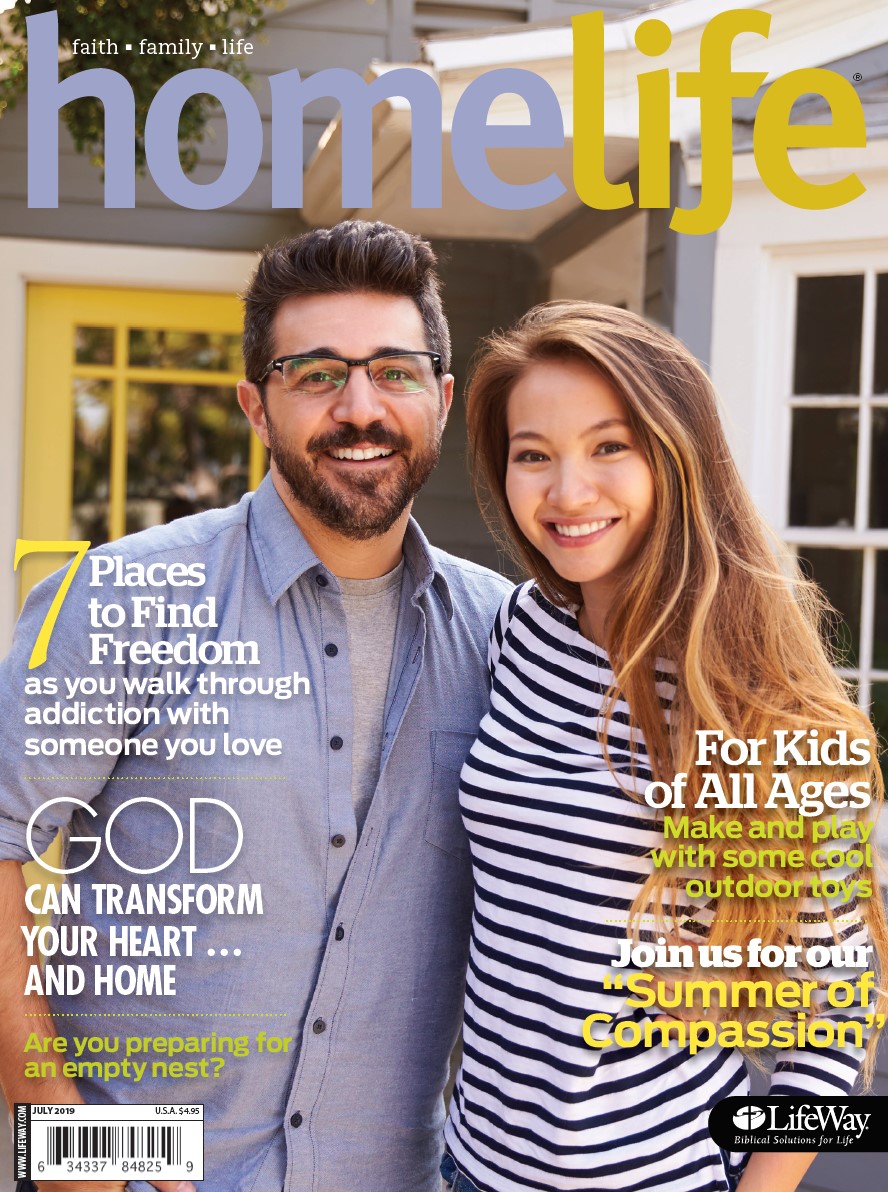 It doesn’t need a home.

I don’t know when it happened. At some point between shared college liv­ing spaces, moving overseas and back more than once, and living in suburbia, I began to define hospitality as some­thing that you could only engage in if you had a home. While it wasn’t the size that mattered when it came to hospital­ity, I decided that having a home was an unspoken prerequisite.

I wrestled with my definition on the matter once again when we moved into our first home and I encountered the silent nuances of living where we are. Stumbling through those early years of adjusting to our new neighborhood, I came to terms with not being a Martha, or a Joanna, or my own Korean mama who can cook up enough love and life to fill an entire neighborhood. We still intentionally invited people into our home. I pressed on in my growing understanding of hospitality, even if our space now felt squished by American Dream standards. My awkward presen­tation of offerings would certainly have failed a Pinterest test.

As our family grew, inviting people over became more difficult. I rejoiced when plans fell through, or I was exhausted for days after hosting some­thing as simple as a play date. My house overflowed with piles of laundry, some­times folded and sometimes not. Crafts and school papers stacked up on our counters. All of the mounds were like little gremlins growing, ready to hatch and infest the whole house, destroying my best intentions toward hospitality, given the chance.

I would imagine a table spread that guests would ooh and ahh over, feeling loved and cared for in the details — but I had no energy to pull it from my imag­ination into reality. And with three small people added to my introverted-mama mix throughout the last 10 years, hosting went from feeling like a pleasant walk in the park to more like hiking up a mountain unprepared. I was out of breath, thirsty, and I needed a break.

No one told me that what I thought I knew could come unraveled during mid-life. Even all that I thought I’d learned about hospitality. People warned me about changing seasons, but not that entire rhythms and ideas might someday shift.

A few weeks ago, as I was reading in the Gospels, Jesus’ example of hospi­tality, whether given or received, stood out multiple times. With an event in our home coming closer on the calendar, I saw it in a new light that gave me hope.

Jesus told someone who wanted to follow Him that one of the costs to following Him meant the possibility of being homeless. In Luke 9:57-58 it says, “As they were traveling on the road someone said to him, ‘I will follow you wherever you go.’ Jesus told him, ‘Foxes have dens, and birds of the sky have nests, but the Son of Man has no place to lay his head.’”

If Jesus was to be my true picture of hospitality, I needed to shift what I was experiencing at mid-life to deconstruct the incomplete picture I had built. Jesus is the embodiment of hospitality. He carried it with Him wherever He went.

The original Greek word for hospi­tality has a simple definition: a love of strangers. That tells me that being hos­pitable has more to do with our posture toward one another than entertainment. It might look different from day-to-day and season-to-season. A smile in the grocery store checkout line, a listening ear for a neighbor who happens to be putting their trash out at the same time, another snuggle with a child resisting bedtime — these are all examples of hospitality just as much as intentionally broken bread around our tables.

Humility is the twin of hospitality. Having a home isn’t a requirement.

Instead of a burden, hospitality is an opportunity to lift up another’s spirit. Instead of the pressure to perform, hospitality is a place to bend down low before another. True hospitality is a call for spirit-filled warriors to fight against lies of isolation, disconnection, and exclusion with the weapon of serv­ing each other in love.

The upcoming event for which I’ve been planning and preparing tempts me to reach once again for a phantom ideal. But God keeps reminding me of the treasure that my guests are. He’s reminded me of their faces and of the gift it is to be able to look into their eyes and see Him, while serving them at the same time.

So, instead of stressing, I’ve started praying — not for the perfect spread, or the ability to impress, but for the humility to notice the pieces in my guests that feel foreign or unknown. Most importantly, I’m praying to be able to see Jesus, our hospitable King, who never had much in the physical sense to entertain with, but always had living water to offer every soul He met. •

Tasha Jun is dreamer, a Korean American Hapa girl, wife to Matt, and mama to three mini-tender warriors: two wild boys and one little lady. A coffee-drinker, storyteller, and kimchi-eater; she was made to walk where cultures collide, on dirt roads and carefully placed cobblestone streets. Jesus is her heartbeat.

This article originally appeared in HomeLife magazine (July 2019). For more articles like this