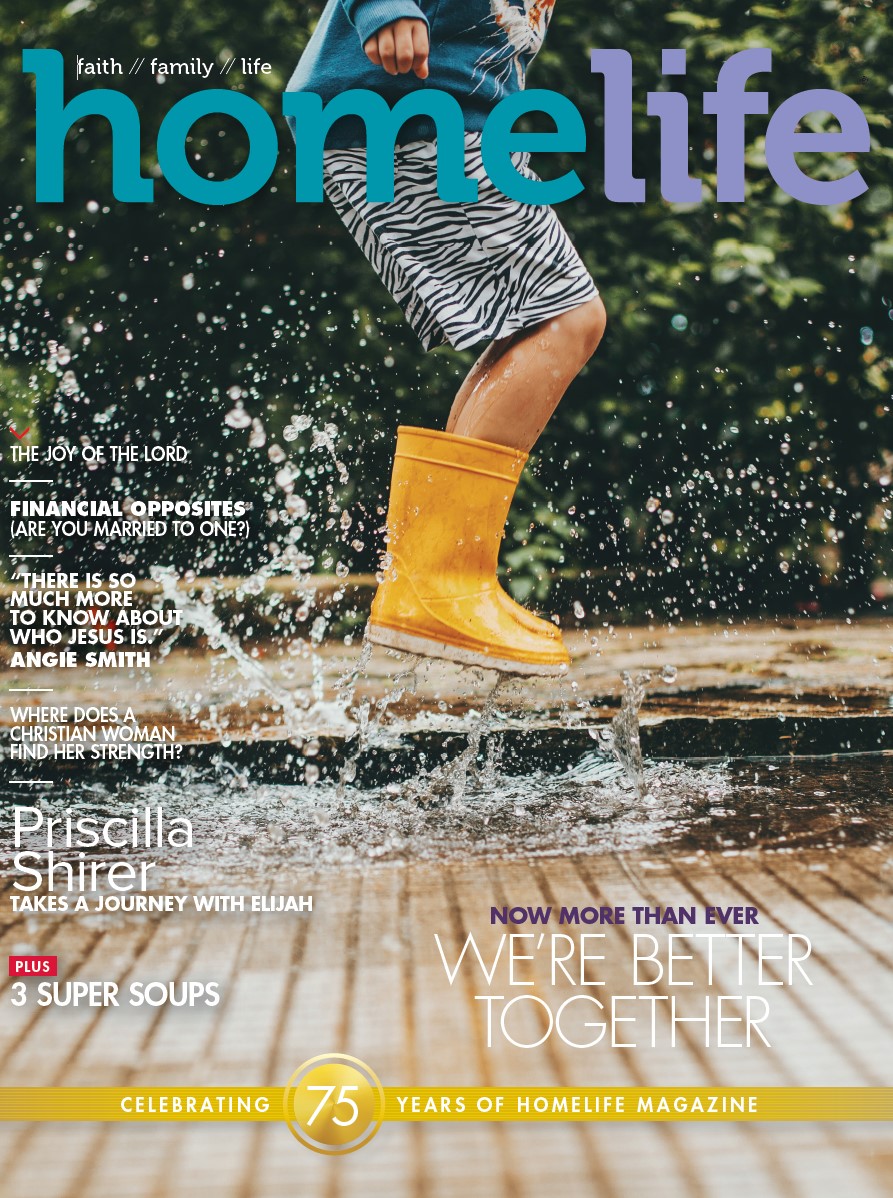 The Word of God is a beautifully crafted storyline.

If you had told me 20 years ago that I would be teaching the Bible, I would have told you I was more likely to become a pilot. And since I’m terrified of flying, that’s a very big stretch.

With that said, I would likely be a better pilot than passenger because I would feel more in control — not that it’s in anyway related to why I actually did end up teaching the Bible.

So yes, off the top I’ll tell you that I’ve always had this teensy-weensy-almost-undetect­able-slightly-present issue with being in control.

Now that we’ve got that out of the way, I think the rest of the story will make a little more sense. The truth is that I’ve suffered with a lot of mental illness in my life because of how hard it is for me to believe that others will be able to take care of me. When I was three years old, I was diagnosed with an ulcer and put into a children’s hospital so they could run tests on me to get to the bottom of the concern. The problem didn’t take too long to determine: It was an intense fear that something was going to happen and I wouldn’t be able to stop it.

I needed my dad to walk me around the house before I went to sleep and show me that the door was locked, the stove was off, and that my baby sister was breathing in her crib. I vividly recall asking him what his plan would be if a burglar broke in, and somehow the conversation ended with me crying when he explained that no, he wasn’t convinced he could rip the toilet out to punch the intruder if need be.

In unrelated news, that was the same toilet where my mom would blow-dry my hair. She sat behind me on the lid and I would swing my legs back and forth and look at the ground — except that one time I swung a little too hard and landed smack dab on my chin. I ended up with a nasty cut and a lollipop.

Clearly, this could have been avoided if my dad had taken some initiative earlier.

But dads can’t do everything to keep us safe. Neither can presidents or friends or co-workers or siblings or even doctors.

I had an amazing father; I had him up until about a year and a half ago.

He made it easy for me to believe I had a kind, heav­enly Father — not because of his religious faith but simply because of the way he loved me.

The problem is that I wanted him to be safe too. And that same heavenly Father was the one I had learned to trust in matters like cancer and strokes and weakness and ambulances.

How do I trust a God who allows my earthly dad to endure pain and suffering? It’s not an easy answer but it goes back to the heart of why I put words on paper: Because our heavenly Father did so first. We have thousands and thousands of words God lovingly gave to us through the writers the Holy Spirit inspired.

But if we read those words in isolation — a verse here and a verse there — we’re missing the power that they hold. We’re missing the part of the story that shows us that He’s worthy of being trusted.

I became a Christian as an adult; I was in graduate school. I was a fairly smart cookie, but most of my intelligence related to things I could study enough to wrap my brain around and document with notebooks full of interpretation and assessment. To my great dismay, it turned out that the Bible wasn’t exactly the same kind of project as creating pie charts and summaries based on tangible data.

Evidently other people have also discovered this little kink in the syllabus of Scripture. Spoiler alert: We were not cre­ated to understand all of it because we are finite beings who can’t possibly be capable of understanding every mystery that a holy God possesses.

While there are many, many things about the Bible and our faith in general that are out of the realm of our comprehension, the story of Scrip­ture isn’t one of them. It wasn’t written for elite scholars who speak three ancient languages fluently and have a library full of commentaries written by dead people.

Are you listening to this next part? It was written for you.

Here are three quick questions for you in case you need some encouragement about the way your magnificent brain remembers things.

If you answered all of those correctly and haven’t read the beginning of this article, I’m going to be very concerned.

I bet you did answer them correctly, not because you’re a creepy stalker (please say no), but because you were created to listen to stories and allow them to make an imprint in your mind and life.

So, what is the greatest story ever and where did it begin?

Well, it begins in Genesis, which is the first book of the Bible. The Old Testament consists of 39 books, and the great­est story flows throughout each book. The Old Testament isn’t organized in chronological order, so reading through it can get a little tricky.

After several hundred years, the New Testament of the Bible begins. We learn about the life and death of Jesus Christ, the way His message continued to spread after His resurrection, and what is to come for us as believers.

Having a deeper understanding of the Bible is available to you, given to you by a God who desires for you to believe it. It isn’t easy, but it’s actually fairly simple. You just have to learn the story and then you’ll wor­ship the God who put you in it even more.

You may have guessed that my story didn’t end with my chin being stitched up.

Because you also know that I still have the scars.

You may have guessed that Jesus’ story didn’t end with His wounds. As you know, He still has the scars as well.

There is so much more to know about who Jesus is and He testifies to this from the very first words in the Bible: “In the beginning …” (Gen. 1:1).

From there, the story unfolds (if I might) … seamlessly.

It’s yours to read and understand; I hope you believe that.

I’m for you, with you, and cheering you on. You’ve got this, my friend.

One last spoiler alert: It has an amazing ending.

Angie Smith is the bestselling author of the Bible studies Woven: Understanding the Bible as One Seamless Story, Seamless, and Matchless, as well as two children’s books and several trade books for adults, including Chasing God and What Women Fear. She and her husband, Todd Smith, lead singer of the Dove Award winning group Selah, are parents to Ellie, Abby, Kate, Audrey, and Charlotte. The Smith family live in Nashvill

This article originally appeared in HomeLife magazine (March 2021). For more articles like this