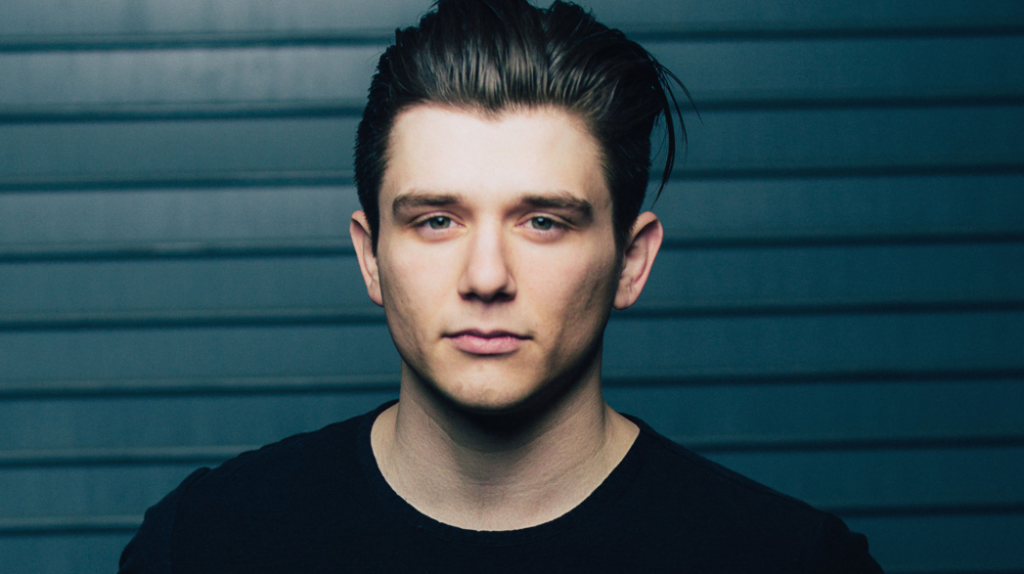 One singer’s unlikely path to music winds through service to his country.

Truth be told, although serving his country was an admira­ble goal, it doesn’t mean it wasn’t a terrifying prospect.

“My grandmother was really scared when she signed for me,” Nathan recalls of the day he enlisted. In a moment of sheer transparency, Nathan admits he was scared too. He wasn’t certain about his future in the Army, but he was certain about two things: He had no desire to go to college, and he wanted to get out of the small Louisiana town he grew up in and leave his past behind. In a lot of ways, the military was a fresh start for the then naive 17 year old whose formative years had been etched by abandonment, loss, and heartbreak.

When he was 5, his mother — a drug addict — gave up her rights to both Nathan and his older sister. Nathan wouldn’t see his mom again for a decade. Shortly after moving in with his maternal grandparents, Nathan’s sister was diagnosed with a rare form of brain cancer. Tragically, she passed away a year later at only 8 years old.

Essentially raised as an only child from that point forward, Nathan’s grandparents ran a tight ship; and their rules often sparked a rebellious streak in their grandson. As a teen, Nathan’s mom was in and out of prison as much as she was in and out of his life. So at times, his strict grandparents were the only stability to be found. His burgeoning faith also provided steady ground.

Nathan accepted Jesus as a young teen after attending a play that told the gospel story. However, it wasn’t until he was deep into serving his country that he discovered how he could best serve Christ.

Nathan spent the first 17 years of his life feeling like he didn’t belong. His dad abandoned him; His mother willingly gave him up. His grandparents loved him, but their rules were suffocating. He never excelled at school; and he wasn’t even sure the military could provide what he longed for. Never­theless, he signed on the dotted line and shipped off to basic training in Fort Bliss, Texas, before deploying to Kuwait for nine months.

Then, when the chapel worship band was looking for a new leader, Nathan picked up his guitar and volunteered. He had dabbled in music as a teen, but it wasn’t until he started leading his fellow soldiers in worship that he fell in love with the art form rooted in faith.

“I think my military career, in a weird, unconventional way, catapulted me into the music industry. That’s usually not the result of someone’s military service,” Nathan observes with a laugh. “It’s given me a story to tell, and I got to build my musical chops a little bit by leading worship overseas. It’s definitely formed who I am right now and what I’m doing.”

For war-weary soldiers, chapel services offer a sanctuary — a safe, temporary respite in the midst of real-life horror and chaos.

“Soldiers are going through a really hard time. It’s really, really tough. It doesn’t matter if they’re in combat or not; they’re still away from their families, which is the toughest part. You just go through a lot emotionally, spiritually, and mentally,” Nathan acknowledges. “At least for me, church was always a place where I could go to feel some sort of normalcy and no judgment, with nobody telling me what to do. It was just my space.”

Playing alongside veteran officers, and even a full bird colonel trained in classical piano, afforded Nathan the opportunity to develop his musical gifts. The experience also shaped his faith and his character in ways he never could have predicted.

“I think I grew up; I learned how to work hard. That was my first job,” he admits. “The military definitely teaches you about discipline. You’ve got to put in the work. You have to be disciplined enough to see this through, and you can’t be lazy. You really aren’t afforded the opportunity to be lazy.”

Nathan says his six years in the National Guard also taught him lessons in helping others, teamwork, and cama­raderie.

“Friendship really has substance to it because you’ve been through things together, and you experience the same things that go on. So there’s that level of understanding,” he says of the men he formed unbreakable bonds with. “You get to a point where you almost know everything about someone; and it doesn’t matter how much time’s passed, that person is still that person. That’s why you can kind of just pick up where you left off. Those are friendships that last forever.”

His time in uniform also gave him confidence, an attri­bute that currently serves him well as he travels across the country singing in front of thousands of people at churches, conferences, festivals, and concerts.

“You come into the military unconfident, but you come out confident. They build that confidence in you,” Nathan attests. “There’s something about getting on stage; it’s somewhat nerve-racking. But I’ve been through more nerve-racking things than getting up on stage because I’ve been in the military. It’s given me that kind of perse­verance I needed to overcome things. It’s really just been a stepping stone.”

The combination of experience, maturity, confidence, and friendship became the stepping stones that led to a record deal. After Nathan re-entered civilian life, a friend encour­aged him to make some acoustic demos of his own songs. Some of those songs fell into the hands of Joseph Rojas, lead singer for rock band Seventh Day Slumber. When Rojas started his own label, Nathan became the first artist signed to pop imprint Burtonwood Records.

Now that he’s pursuing music full-time, he one day dreams of giving back to the U.S. Army. He recalls a USO tour he experienced while deployed, explaining that the top-shelf entertainment the USO brings in inspires and encourages countless men and women. He hopes to one day share his songs of hope with recruits.

“I really want to shape it as going to the different chapels and doing special nights of worship,” he says. “I think that would be really, really awesome.”

It’s been a long, unorthodox road that’s led Nathan and his wife to Nashville, where they now reside. His challenging childhood gave way to eye-opening experiences in the mil­itary that divinely propelled him toward a career in music. Yet, he’s quick to shift the attention off of himself. Instead, he credits God and the National Guard for ushering him into what he considers a clear calling. It might have been an unusual journey, but it’s one he’s grateful for.

“For me, serving my country made all the difference. If I’m honest, it hasn’t been all rainbows, but it was definitely worth it. It’s a small sacrifice to make for the reward you can get out of it,” he shares. “Just to say I’ve done it has been really fulfilling to me — just to say I went out and I did my best, and I served my country.”

He also acknowledges military service isn’t for everyone, and that’s OK; but he encourages fearful parents (like his grandparents) to stay open to the idea if it’s of interest to their child.

As a touring musician, Nathan now spends a lot of time on airplanes and often spots men and women in uniform. He says he’s quick to thank fellow veterans for their ser­vice; and sometimes, he even gets the chance to tell them a portion of his story and the ways God led him to a place of belonging through his time of service. But lest you think seeing someone in camo makes him long for a different path, think again. Fatigues only make him grateful for what those years taught him.

“I don’t know what I’ll be thinking in 10 years when I see somebody in uniform,” he adds, “but so far, no regrets.”

Lindsay Williams is a freelance writer and editor based in Nashville, Tenn. She contributes to a variety of print and online media outlets, including HomeLife, ParentLife, Homecoming, and Nashville Lifestyles magazines; UPTV.com and crosswalk. com, among others. She blogs regularly about Christian music at thesoundopinion.com.

This article originally appeared in HomeLife magazine (November 2018). For more articles like this